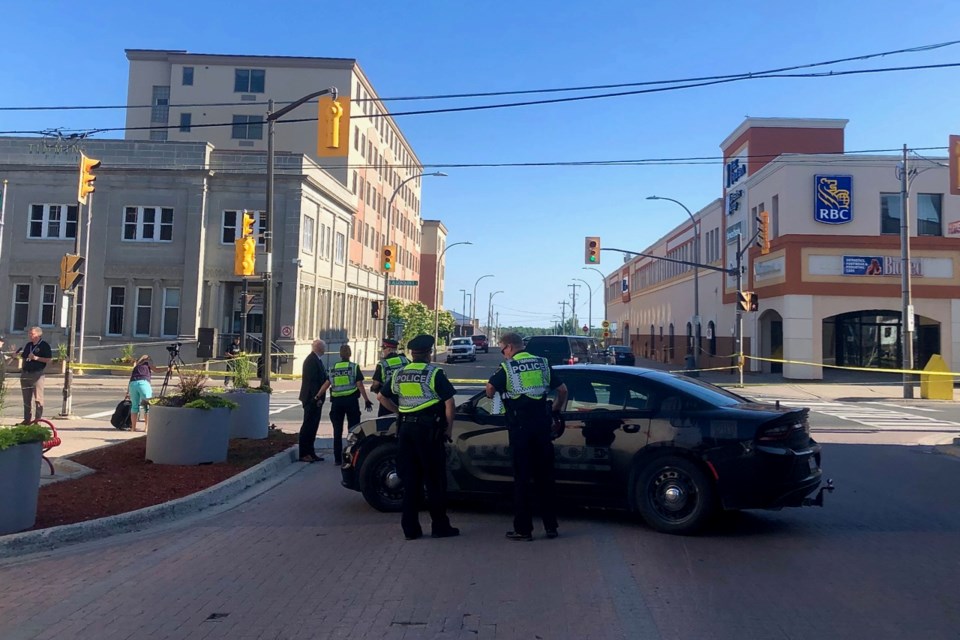 Timmins Police conducted a technical traffic collision investigation after a male pedestrian was hit by a truck at the corner of Algonquin Boulevard and Pine Street North. Maija Hoggett/TimminsToday

A busy intersection downtown Timmins has re-opened to traffic after a man was hit by a truck this morning.

The intersection of Algonquin Boulevard and Pine Street was closed for about four hours for an investigation into the collision, which happened around 8:15 a.m.

In their last update, Timmins Police said the male pedestrian "sustained significant injury" and was brought to Timmins and District Hospital.

Communications co-ordinator Marc Depatie said the driver of the truck remained at the scene of the accident.

The pickup truck was removed from the scene around noon, with the roadways opening up shortly after.

Pedestrian hit by truck downtown Timmins
Jul 17, 2019 8:57 AM
Comments
We welcome your feedback and encourage you to share your thoughts on this story. We ask that you be respectful of others and their points of view, refrain from personal attacks and stay on topic. To learn about our commenting policies and how we moderate, please read our Community Guidelines.