267 people have died in motorcycle and off-road-vehicle collisions, say police 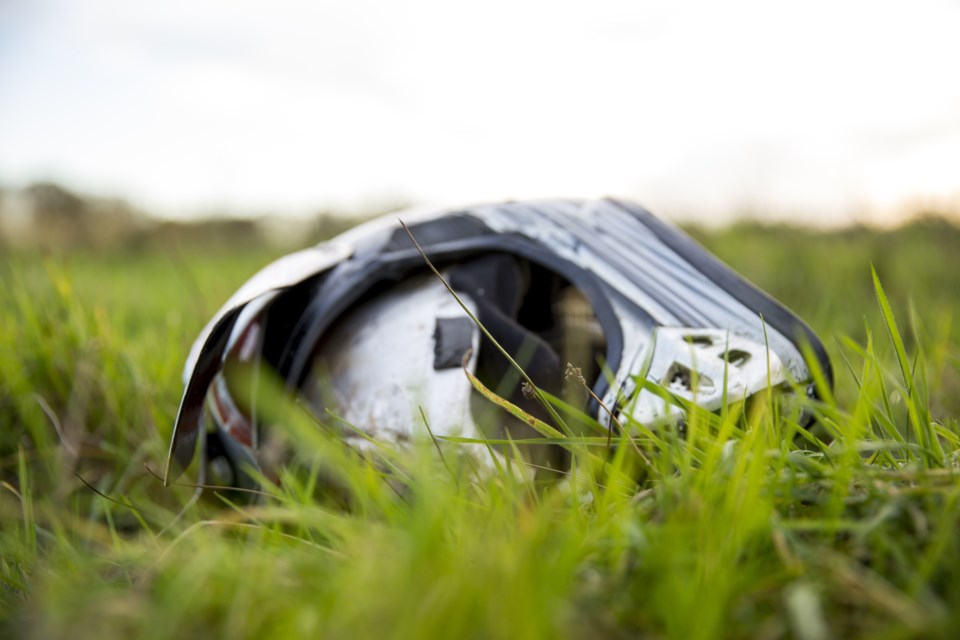 *************************
Ontario Provincial Police (OPP) fatality data for motorcyclists and off-road vehicle deaths reveals that the behaviour of drivers on and off the road is responsible for the overwhelming majority of the deaths.

Over the past ten years (2006-2015), there have been 267 motorcycle and 167 off-road vehicle (ORV) rider deaths in collisions investigated by the OPP.

With motorcycle and ORV enthusiasts set to hit the roads and trails in large numbers over the long weekend, the OPP is shedding light on some eye-opening facts about deaths among these two categories of recreational vehicle users.

Too many safe motorcyclists paying the price

Sadly, last year (2015) marked the first year that more than half of the motorcyclists who have died in OPP-investigated collisions these past ten years were killed through no fault of their own.

A total of 27 motorcyclists and four passengers lost their lives last year, with a record 17 of those motorcycle drivers reported as driving properly at the time of the crash that ended their lives.

Various causal factors came into play in these fatal crashes, with loss of control (33), speed (30), failing to yield (28) and driver inattention (26) leading the list over the ten-year period.

While these causal factors can be attributed to either the motorcyclist or the driver(s) of other vehicle(s) involved in the collision, the bottom line is that motorcyclists and other drivers need to do a better job of sharing the road safely.

The hard truth about ORV ejection and no helmet

Ten-year ORV data revealed that off-roaders in large numbers continue to ride without helmets, with 74 of the 167 deceased riders found wearing no helmet at the time of the crash.

With the vast majority (154) of those who died being ejected from their vehicle, the OPP remains concerned about the significant number of off-roaders who may falsely believe they can survive serious head trauma better than those who are ejected from other types of motorized vehicles.

Some actions and conditions of drivers make ORV crashes no “accidents”

Among the deceased ORV drivers over the past ten years, 69 of them were reported as having lost control of their vehicle.

The data also revealed that 69 of the fatalities involved a driver who had consumed alcohol before or during their ride.

Of the riders who have died these past ten years, 16 of them were innocent passengers, some of whom were not victims of an inevitable “accident” but rather victims who died as a result of irresponsible driving behaviour.

Sadly, 25 of the deceased ORV riders these past ten years were teenagers and some of the victims were even younger.

These tragic, preventable deaths speak to the importance of all ORV users respecting the law and setting excellent examples for children who are being introduced to off-roading, whether as a new rider or a passenger.

“Whether you are travelling by motorcycle, off-road vehicle or any other vehicle over the Victoria Day Long Weekend, the OPP is counting on everyone to drive safely and defensively.  The motoring public is one of our most valued safety partners and by working together, we can significantly reduce the number of preventable collisions and the resulting loss of life on and off the road.”

“The Victoria Day long weekend brings thoughts of road trips and family vacations, but as we look forward to summer, we must remember that we all have a role to play in keeping our roads safe. It is up to every one of us to do our part to make sure we drive responsibly to keep all road users safe both this long weekend and all year long.”

“The safety of all road users, including off-road vehicle drivers, is a top priority for my ministry. Along with police and our other road safety partners, we continue to focus on public education activities that promote safe and responsible riding practices.”

Motorcycle Safety in the Spring