NEWTON, Mass. — NFL star Julian Edelman is getting a different kind of reception these days — as a children's book author.
0
Oct 8, 2017 5:54 PM By: Canadian Press 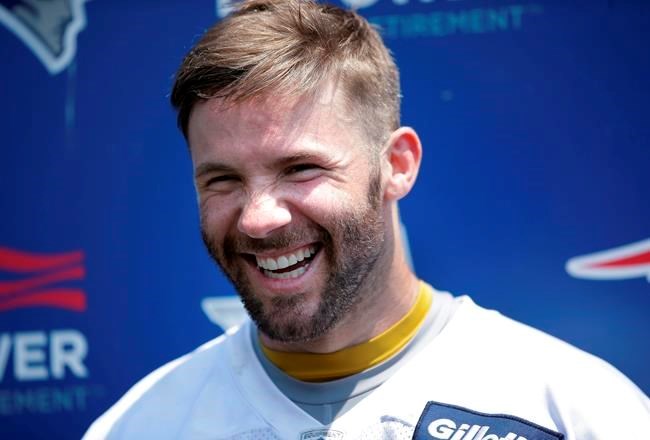 NEWTON, Mass. — NFL star Julian Edelman is getting a different kind of reception these days — as a children's book author.

The New England Patriots wide receiver is out for the season with an injury and is scheduled to perform a special reading of his new book, "Flying High," at the Jewish Community Center in Newton, Massachusetts.

The says Edelman will read on Tuesday from a special edition of the book, which originally was released last year.

His book tells the semi-autobiographical story of a football-playing squirrel named Jules.

Edelman's father is Jewish but his mother is not. Edelman reconnected with his Jewish heritage during a 2015 trip to Israel.