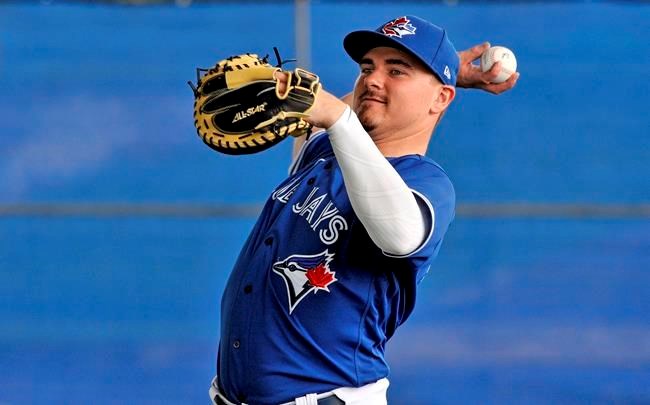 CLEARWATER, Fla. — Toronto Blue Jays catcher Reese McGuire has pleaded no contest to a disorderly conduct charge — a second-degree misdemeanour — and paid fines totalling US$500 stemming from a February incident in Florida.

McGuire originally faced an indecent exposure charge after deputies were dispatched to a shopping centre parking lot in Dunedin on Feb. 7 following reports that a man sitting inside an SUV was exposing himself, according to a Pinellas County Sheriff's Office news release.

Deputies said they spoke with McGuire, who was co-operative and did not deny the allegations.

He was charged with a misdemeanour count of exposure of sexual organs, was given a notice to appear in court and was not taken to jail.

The charge was later reduced to disorderly conduct and formally processed last Thursday, according to the Pinellas County Clerk of the Circuit Court and Comptroller’s office.

The Blue Jays, who have a spring-training complex in Dunedin, released a statement in February saying they were aware of the arrest, but that the team and the player did not plan further comment.

McGuire has primarily served as a backup catcher over parts of two seasons with the Blue Jays. He was invited to the team's summer training camp in Toronto ahead of a 60-game regular season slated to begin July 23 or 24.

Selected by Pittsburgh with the 14th overall pick of the 2013 MLB Draft, McGuire was acquired by Toronto in a 2016 trade with the Pirates. Pitcher Francisco Liriano and outfielder Harold Ramirez also joined the Blue Jays in the deal, with pitcher Drew Hutchison going to Pittsburgh.

McGuire made his big-league debut with the Blue Jays in 2018, appearing in 14 games that season. The 25-year-old Seattle native played in 30 games last year and was expected to split duties behind the plate this season with Danny Jansen.

In 44 career games, McGuire has a .297 batting average with seven home runs and 15 RBIs.

Toronto Raptors honour Hall of Famer Wayne Embry ahead of Boston game
Aug 7, 2020 9:15 PM
Comments
We welcome your feedback and encourage you to share your thoughts. We ask that you be respectful of others and their points of view, refrain from personal attacks and stay on topic. To learn about our commenting policies and how we moderate, please read our Community Guidelines.