Canada's Shapovalov out of Western & Southern Open after loss to Pouille

CINCINNATI — Canada's Denis Shapovalov is out of the Western & Southern Open tennis tournament after losing in straight sets to Lucas Pouille on Wednesday.
0
Aug 14, 2019 6:11 PM By: Canadian Press 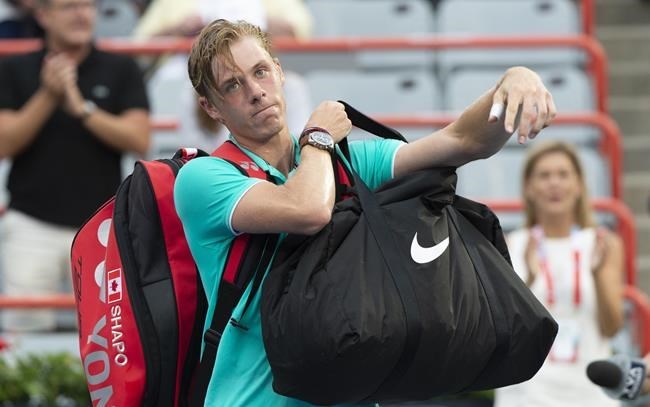 CINCINNATI — Canada's Denis Shapovalov is out of the Western & Southern Open tennis tournament after losing in straight sets to Lucas Pouille on Wednesday.

The Frenchman, ranked 31st in the world, set the tone by breaking Shapovalov in the first game and went on the defeat the young Canadian 6-4, 6-4 in a match that lasted an hour 19 minutes.

Shapovalov, the world No. 34 from Richmond Hill, Ont., was coming off a first-round win over lucky loser Joao Sousa that saw him struggle in the first set before dominating the next two.

But while Shapovalov started his second-round match the same way by serving for a loss in the opening game, there would be no spirited comeback against Pouille.

Shapovalov fell to 2-7 over his last nine matches.