Respirators on their way and Gaga joins virus fight; In The News for April 7

In The News is a roundup of stories from The Canadian Press designed to kickstart your day. Here is what's on the radar of our editors for the morning of April 7 ... COVID-19 in Canada ...
Apr 7, 2020 11:52 AM By: Canadian Press 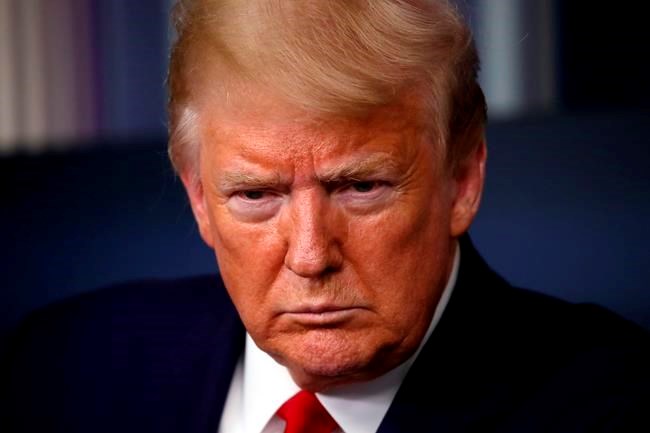 In The News is a roundup of stories from The Canadian Press designed to kickstart your day. Here is what's on the radar of our editors for the morning of April 7 ...

The coveted N95 respirators will continue to come to Canada from a Minnesota-based company while the country keeps rolling out a financial assistance program Tuesday.

3M says it will maintain its exports to Canada and Latin America after reaching a deal with the White House, ending a days-long saga.

Face masks have been a major storyline during the COVID-19 pandemic.

3M has been at the centre of a clash with U.S. President Donald Trump and his administration over its reluctance to abide by orders to prioritize American demand for the masks.

Some of the N95 masks will be coming from the company's manufacturing facilities in China, which is how 3M says it will meet at least some of the ever-increasing American demand while still filling orders in other countries.

Meanwhile, people with birthdays in April, May and June can apply today for the $500-a-week Canada Emergency Response Benefit.

The program is for people who have lost their income because of the pandemic.

Scientists who track the growth of pandemics say some figures provided by public health officials tell more about the spread of the novel coronavirus than others.

Daniel Coombs says the number of people admitted to hospitals tells him where COVID-19 stands in a community, a province or across the entire country.

The mathematics professor at the University of British Columbia's institute of applied mathematics said those numbers best indicate the daily status of COVID-19.

The number of new positive tests and reports of how many people have recovered are less important, said Coombs, who has also conducted research on overdose prevention efforts during B.C.'s ongoing illicit opioid overdose epidemic.

President Donald Trump disputed the veracity of a federal survey that found hospitals faced severe shortages of coronavirus test supplies, questioning whether its conclusions were skewed by politics.

With coronavirus cases rocketing toward their expected peak, the nonpartisan Health and Human Services inspector general's office reported Monday morning that a shortage of tests and long waits for results were at the root of mounting problems faced by hospitals.

“Hospitals reported that severe shortages of testing supplies and extended waits for test results limited (their) ability to monitor the health of patients and staff,” the report said.

Three out of 4 U.S. hospitals told the inspector general's office they are already treating patients with confirmed or suspected COVID-19, and they expect to be overwhelmed.

Asked by a reporter about the report's finding on testing, Trump responded, “It is wrong.”

“So, give me the name of the inspector general?” he asked before suggesting without evidence, “Could politics be entered into that?”

British Prime Minister Boris Johnson was moved to the intensive care unit of a London hospital after his coronavirus symptoms worsened Monday, just a day after he was admitted for what were said to be routing tests

Johnson was admitted to St. Thomas’ Hospital late Sunday, 10 days after he was diagnosed with COVID-19.

“Over the course of this afternoon, the condition of the Prime Minister has worsened and, on the advice of his medical team, he has been moved to the Intensive Care Unit at the hospital,” his office said in a statement.

Downing St, said Johnson was conscious and does not require ventilation at the moment, but was in the intensive care unit in case he needed it later.

It said Johnson has asked Foreign Secretary Dominic Raab to deputize for him.

Hours earlier, Johnson tweeted that he was in good spirits after spending a night in hospital.

Lady Gaga and advocacy organization Global Citizen have raised $35 million to fight the coronavirus and will launch a T-V special featuring Paul McCartney, Stevie Wonder and Billie Eilish to combat the growing virus.

Gaga says the money was raised in seven days and will benefit The World Health Organization.

The pop star and Global Citizen also announced “One World: Together At Home,” a televised event aimed at fighting the coronavirus.

Gaga says they want to highlight the gravity of this historical, unprecedented cultural movement -- and celebrate and encourage the power of the human spirit.”

This report by The Canadian Press was first published April 7, 2020.

Judicial recount in Yukon election to occur in Whitehorse today over tie riding
Apr 19, 2021 4:00 AM