After 107 years of operation, a Downtown Timmins anchor is closing its doors for good. Saturday is the final day for Gerry Desrocher and staff at Tweed and Hickory. The building, at 227 Third Avenue, has been open since 1934.
Jan 3, 2015 9:00 AM By: Andrew Autio, freelance
Previous Next
1 / 1
Expand
Previous Next 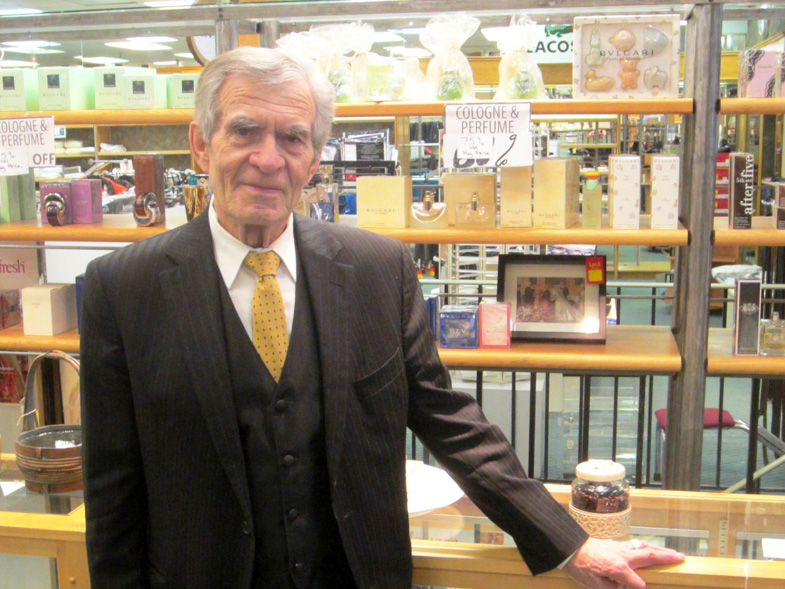 After 107 years of operation, a Downtown Timmins anchor is closing its doors for good.

Saturday is the final day for Gerry Desrocher and staff at Tweed and Hickory.

The company itself has operated since 1907, before Timmins was officially a city.

For decades the store was known as Bucovetsky’s.

In 2006, the name was changed for more recognizable national branding.

Desrocher, the store’s manager, has many fond memories of the building.

“I’ve been in Timmins for 26 years, but I’ve worked for the company since I was 18 years old. I worked in the Kirkland Lake store for many years. Not all stores had the same name,” he said.

In June of 2014, the decision was made to close the Timmins storefront.

“It was a decision that was made at head office. You don’t close a store of this size overnight. This is a big building. I was hoping it was going to last a couple more years, but it was not to be. But hey, they have to do what’s best for the company” said Desrocher.

One of the major draws of shopping at the store was simple, quality. Clothes that were made to last.

“With all the online buying today, there are a lot of people looking for cheaper goods. There not looking for the same quality as they used to. Mind you, we have many devoted customers who still want quality items,” said Desrocher.

“The economy has changed too. A lot of people are shopping online. People that are shopping online aren’t supporting local businesses. We believed in supporting a lot of local organizations, which we did over the years, but it came to a point where the cost of operations is pretty high on a building of this size, and it was time for the company to move on,” he said.

There has been a noticeable trend in retail over the past decade in particular where consumers would prefer to pay less for garments, knowing full well that the quality is subpar and it won’t last nearly as long.

“There’s a lot of people who’ve told me that they’d prefer to buy something cheaper and not have it as long, much like when they buy their furniture. They’re told that their couch is only going to last five years, and they say ‘I only want it for five years, then I’ll be tired of it and want something new,” said Desrocher.

The building is currently up for sale.

Desrocher says there has been some interest but he realizes that due to its size, it may be a tough sell.

Saturday is the last chance for residents of Timmins to enter the historic building.

There are some incredible deals to be had.