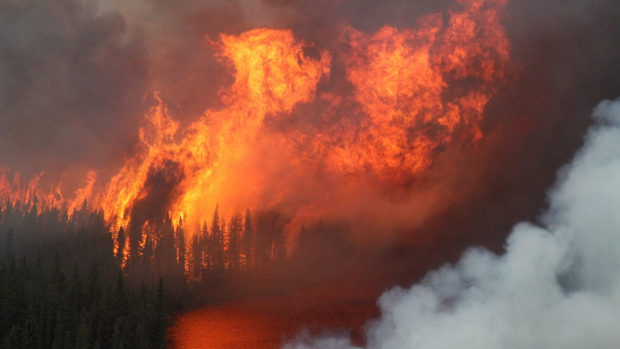 MINISTRY OF
NATURAL RESOURCES
AND FORESTRY

One new fire was confirmed on August 1.

By the time of this report, one new fire was confirmed on August 2.

There are three fires currently active in Cochrane, two of which are being observed, the other a new start near Hudson Bay's coast, west of Partridge Island. This fire is currently not under control at 0.3 hectares (ha).

Yesterday, Sudbury 46 was confirmed on an island on Lake Panache at 0.1 ha. The fire is not under control. No problems are anticipated with the current fires burning in the region.

Out of Province Deployment

There are now 450 personnel from the Ontario Ministry of Natural Resources and Forestry on assignment in Alberta (107), British Columbia (232) and the Northwest Territories (111) to assist in ongoing forest fire management efforts.

Did you know? About 200,000 hectares of forest are burned each year and forest fires can cost millions of dollars to put out. Often, unattended campfires are the cause.

If you're going camping and plan to have a campfire, please ensure you build a safe campfire. Keep your campfire small, have water nearby and never leave it unattended. Once you are finished, make sure your campfire is completely extinguished.

Under the Forest Fires Prevention Act (FFPA), if you start a wildfire, you could be held liable for the costs of suppressing the fire.

For tips on how to Be FireSmart and ensure your campfire is safe, visit www.ontario.ca/fireprevention.

For more information about the current fire situation, visit www.ontario.ca/forestfire.

Report forest fires north of the French and Mattawa rivers by calling 310-FIRE (3473). In southern regions, forest fires can be reported by calling your local fire department.

Police investigating fatal crash on Highway 11
Feb 27, 2020 1:13 PM
Comments
We welcome your feedback and encourage you to share your thoughts on this story. We ask that you be respectful of others and their points of view, refrain from personal attacks and stay on topic. To learn about our commenting policies and how we moderate, please read our Community Guidelines.