Allowing students to use their chosen name and pronouns is important, says Bolt
0
Jun 11, 2019 2:59 PM By: Maija Hoggett 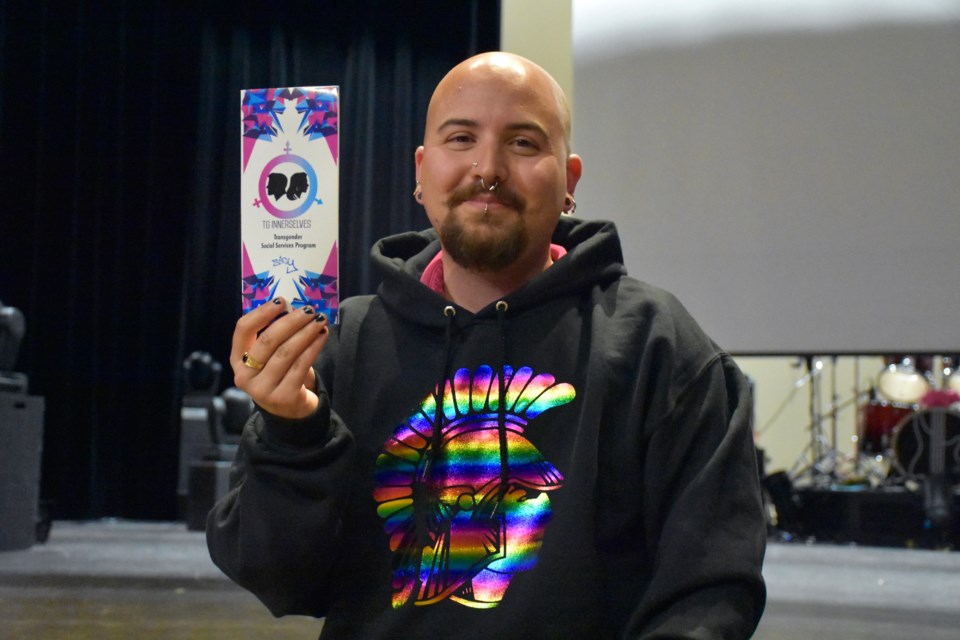 When Vincent Bolt came out in the early 2000s, he had no idea there were other people like him

"I think that loneliness is the hardest part. So when a young person from the northeast comes up to me and says ‘I don’t know anyone like me’, that is really hard," said Bolt after talking to District School Board Ontario North East high school teachers and support staff.

"I would say to these young people, you’re not alone. There are people like you out there, just a lot of people are hidden because of the stigma and we need to end that stigma, end that discrimination that trans people experience. There are role models out there, you just have to look for us."

Bolt came out while in high school in Sudbury.

"My high school saved my life because my school was the place where I could be myself. The hardest thing was not having the acceptance at home and also feeling like I was the only trans person in the world,” he said.

Bolt was at Timmins High for a professional activity day this week, talking about how staff can be an ally to students.

He shared his story, and offered advice to teachers.

Some of the suggestions are creating spaces where students can be themselves and being an affirming school.

Schools can also accommodate students by allowing students to use the washroom that most closely matches their gender identity, or have an all-gender washroom.

“In order for your school to support trans students, it has to be an affirming school. It has to be a school that accepts people for who they are and also keep talking about gender identity, gender expression. Keep talking about 2SLGBTQIA+ people, that discussion cannot stop at schools. We need to continue to feel represented in our curriculum and in our classrooms, in the hallways and bring in people. If you don’t have the information or knowledge or experience to talk about it, bring in people who do,” Bolt said.

Having a GSA is also important, even if no students attend.

"And that is one of the reports that came out from EGALE in their research where they said just having one in the school knowing that there was a supportive adult in the building you could talk to when you need to and there’s a place you can go has a significant impact on students in their schools," Bolt said.

Recognizing that students need additional supports to be successful, DSBONE superintendent of education Kristen Niemi said it's important bring in speakers like Vincent.

"It was good for all of us to be reminded that the students who identify as transgender are very much at risk for experiencing mental health problems. It’s just all the more reason for us to make sure that we have safe and accepting environments in our schools, and we want to work to create a sense of belonging for all of our students and we’ve been learning about a variety of ways to do that and today we were focusing on students who identify as transgender,” she said.

Creating safe spaces, she said, beings with relationships, especially the one between the classroom teacher and the students.

"Educators need to understand who their students are and what their needs are. Through that, through compassion and empathy, a relationship is developed and then from there that’s how we create a sense of belonging,” she said.

At DSBONE, she noted there is an equity committee and one of the subcommittees specifically supports LGBTQ2S.