Stars and Thunder ticket sales slow down in May 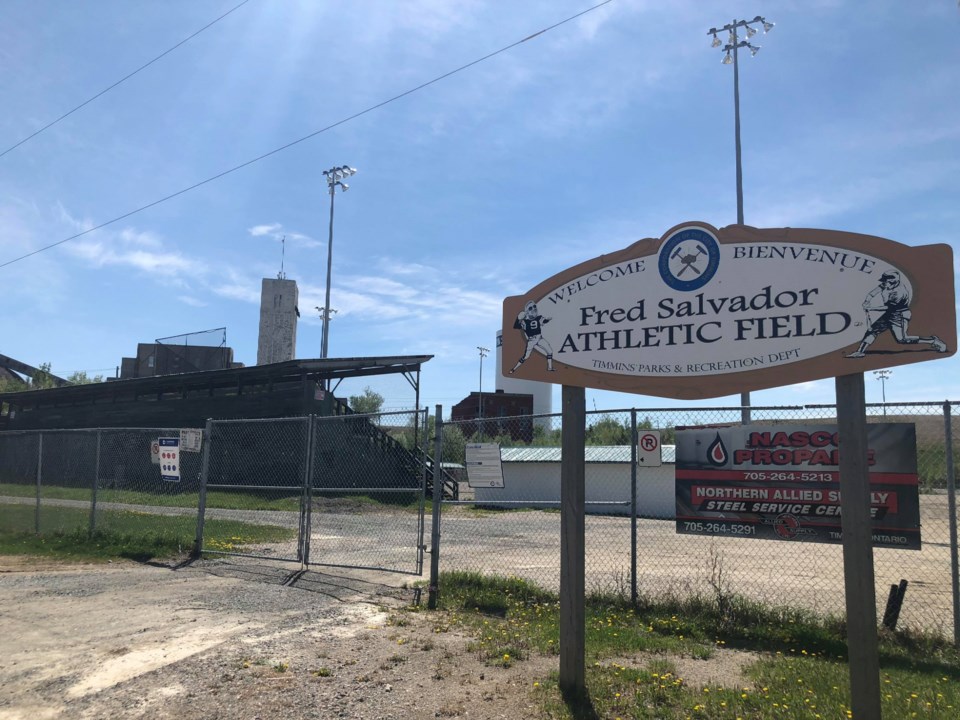 Stars and Thunder will be setting up soon at the Hollinger Park baseball field. Maija Hoggett/TimminsToday

After a spike in sales in April, Stars and Thunder tickets slowed down last month.

Canadian rocker Bryan Adams is the headliner for the festival that starts June 24 and wraps up July 1. Check out the rest of the lineup here. Regional acts will also be performing on the big stage, find out more on them here.

Sponsorships are up this year.

To save money, it was recently announced that there will be fewer bar locations and shorter hours on site.

By reducing the hours the festival grounds are open and cutting back on the number of bar locations this year, CAO Dave Landers recently told TimminsToday the city was able to see about a 33 per cent reduction in costs for the services compared to last year.

During the week, free activities will be hosted at the Urban Park/Stars and Thunder Village downtown Timmins.

Canada Day there will be a celebration at the Schumacher Lions Club park.

Ticket prices for the festival increased May 1.

A VIP pass is now $500, while the general admission pass is $300. Single-day VIP tickets are also now on sale, with 500 available for each day of the festival.

You can pick up tickets at starsandthunder.com or in person at the city hall tax counter, currently located at the Confederation Multi Sports Complex at 303 Cameron St. S., during regular business hours. This temporary relocation is to accommodate renovations at City Hall for the addition of the customer service centre.

The report will be up for discussion at the June 5 council meeting. It starts at 6 p.m. in council chambers at city hall. You can read the full report here.

BEYOND LOCAL: A new recycling technique breaks down old tires into reusable materials
Jan 19, 2020 9:25 AM

Good morning, Timmins!
Jan 19, 2020 6:00 AM
Comments
We welcome your feedback and encourage you to share your thoughts on this story. We ask that you be respectful of others and their points of view, refrain from personal attacks and stay on topic. To learn about our commenting policies and how we moderate, please read our Community Guidelines.