Staff suggest benches instead of fencing at Hollinger Park 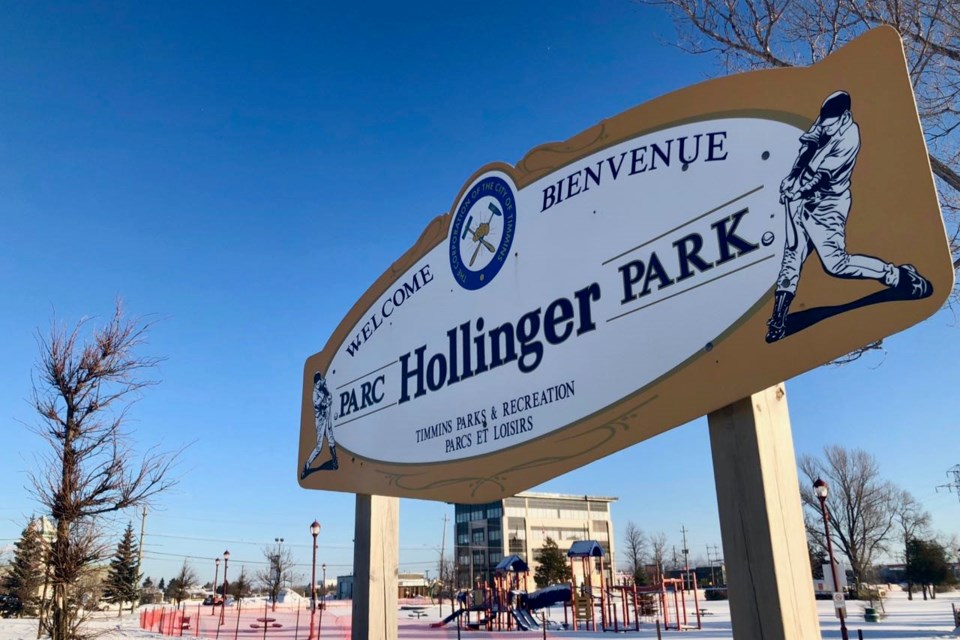 Benches could be the answer to safety concerns at Hollinger Park.

Earlier this month, Timmins council asked staff to look into installing fencing between the splash pad at Hollinger Park and Algonquin Boulevard.

The item is on the agenda for the Nov. 19 council meeting.

A report from director of community and development services Mark Jensen recommends installing decorative benches instead of a fence as it would provide seating for park users and deter children from accessing the nearby road.

The four benches would be located north of the path to the splash pad.

The report notes that Hollinger Park is a "regional open space jewel".

"Staff feel strongly that installing fencing within this open space will distract from the open space character of the park," it reads.

The splash pad, according to the report, is 282 feet from Algonquin Boulevard, with the nearby play structure being 266 from Brunette Road.

"To staff's knowledge there have been no incidents involving children being injured as the result of running from either of these popular recreational structures onto these nearby municipal roadways," reads the report.

Questions about fencing to accommodate snowmobiles are also addressed in the report.

It notes that temporary snow fencing is installed at the park during the winter months.

"The snowmobile club historically provided the fencing and its annual install/removal. In recent years the city has assumed these responsibilities. This fencing is installed annually in order to prevent snowmobiles from running in an uncontrolled manner through the park. This is particularly important when the city is hosting winter programming at this location," according to the report.

Second pot shop planned for Timmins
Jul 7, 2020 9:56 AM
Comments
We welcome your feedback and encourage you to share your thoughts. We ask that you be respectful of others and their points of view, refrain from personal attacks and stay on topic. To learn about our commenting policies and how we moderate, please read our Community Guidelines.