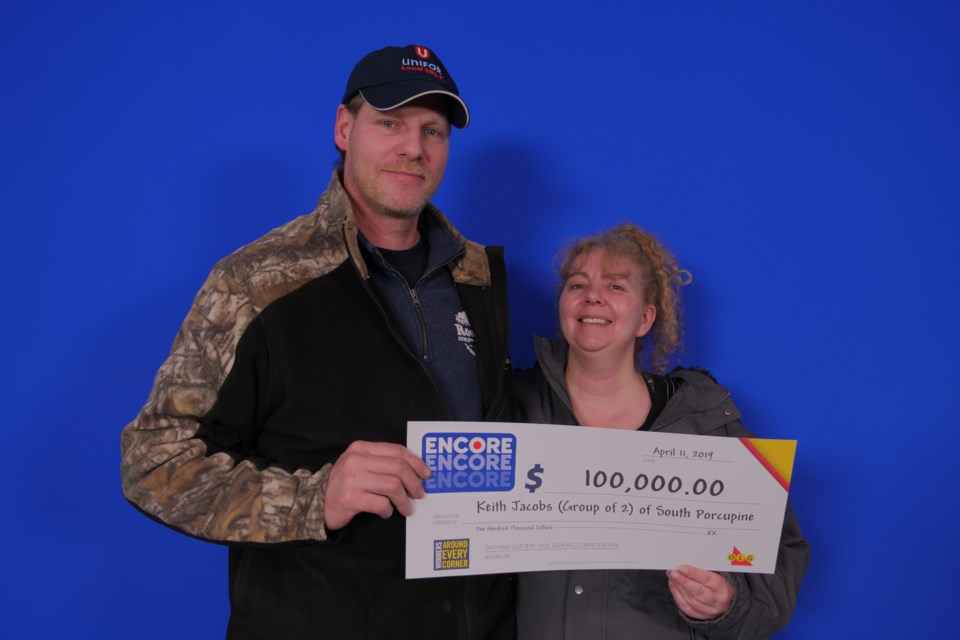 “We are still in disbelief!” said Keith a 48-year-old millwright, while at the OLG Prize Centre in Toronto to pick up their winnings. “We enjoy playing Lotto Max, Lotto 6/49 and Daily Grand.”

The couple was shopping for groceries when they stopped to scan their ticket and discovered their windfall. “We thought the machine wasn’t working,” laughed Cassandra, a 47-year-old book keeper. “It feels like a reset to life!”

The parents of three and grandparents of four plan on paying bills, doing home renovations and having a nice dinner with family.

Encore can be played in conjunction with most online lottery games for an extra $1. There is an Encore draw every day.

The winning ticket was purchased at Your Independent Grocery on Algonquin Boulevard in Timmins.

COVID-19: Will we ever shake hands again?
May 25, 2020 8:55 PM
Comments
We welcome your feedback and encourage you to share your thoughts. We ask that you be respectful of others and their points of view, refrain from personal attacks and stay on topic. To learn about our commenting policies and how we moderate, please read our Community Guidelines.