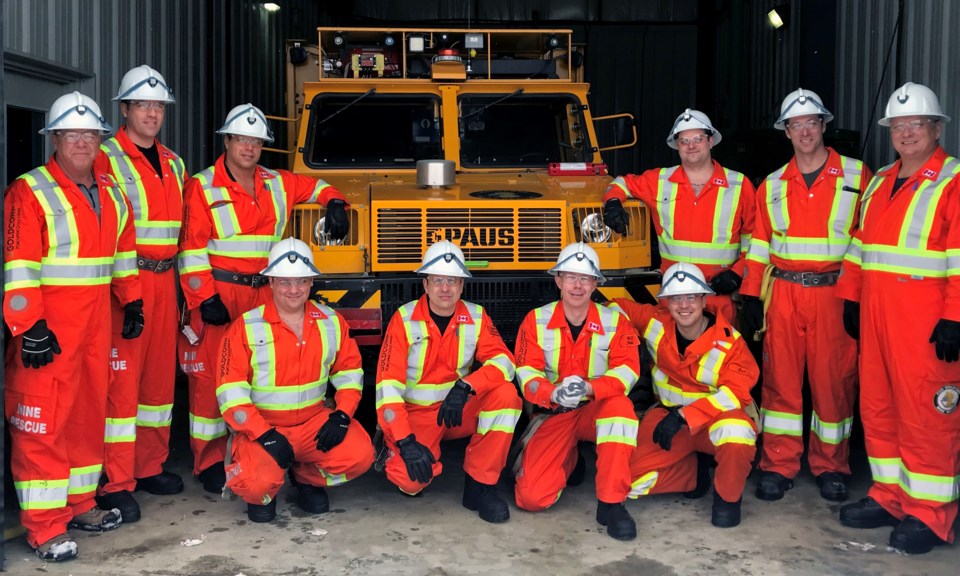 OMR was established in 1929, a year after an underground fire at the Hollinger Mine in Timmins claimed the lives of 39 miners. Provincial competitions began in 1950 as a means of evaluating of participating mines, ensuring their decision-making and response to an underground emergency met the standards and best practices of the day Competitions assess the teams’ mining emergency response knowledge, firefighting skills, first aid response, use of emergency equipment and decision-making ability under stress during a simulated emergency.

The competition will open Tuesday, June 4, with a knowledge evaluation, and continue Wednesday and Thursday, June 5 and 6, with a simulated underground emergency.

A Mutual Aid Skills Challenge Friday, June 7 will be followed by an evening awards ceremony. Competing mine rescue teams, each a winner of their respective qualifying district competition in early May, are:

Since 1929, OMR has evolved from a fire service to full emergency response service for all underground emergencies including fires, explosions, falls of ground and the entrapment of miners.

Competitions are as much intensive learning opportunities as an opportunity to test emergency response capabilities. The competitions ensure that mine rescue volunteers across the province are trained to the same high standards.

Mine rescue team members, the backbone of Ontario Mine Rescue, are volunteer mine workers trained by Mine Rescue Officers to respond to all types of mine emergencies.

Under the authority of the Occupational Health and Safety Act and headquartered in Sudbury, OMR staffs, equips and maintains a network of mine rescue stations across the province that ensure mines within a specified geographic area have adequate emergency response capability.

Workplace Safety North provides products and services to promote workplace health and safety in the mining, forestry, and paper, printing and converting industries, as well as workplaces across northern Ontario.