Eighty-five per cent of businesses measured were suitable for a temporary, removable ramp
Apr 24, 2019 2:34 PM By: TimminsToday Staff 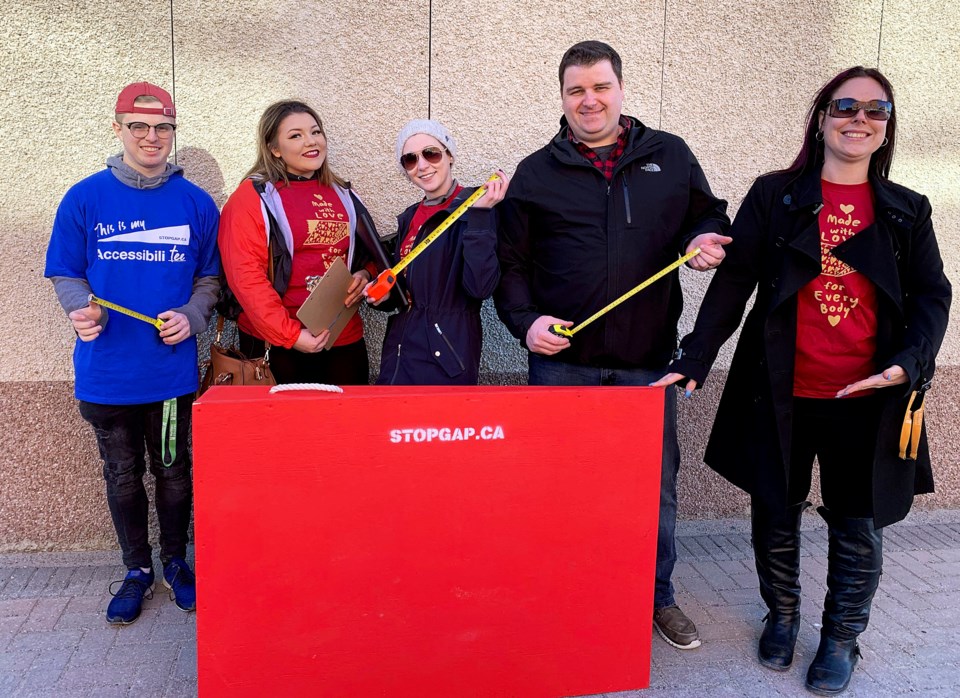 NEWS RELEASE
NORTHERN COLLEGE
*************************
Together with the Timmins Downtown BIA and O’Gorman High School, Northern College’s General Arts Students are volunteering their time with StopGap, a not for profit group that specializes in designing temporary service ramps to make downtown Timmins businesses accessible to everyone.

“The students were astonished to realize how many business in the downtown were inaccessible due to a single step barrier,” stated Ryan Hartling, a professor at Northern College, “The need of inclusivity and accessibility is often forgotten to people who don’t have to deal with such barriers on a regular basis, so it was great for students to get an understanding how such community partnership can make a real difference.”

Students canvased the city’s downtown core, measuring the entrances of 50 separate business to determine whether they are suitable for a temporary, removable ramp.

Eighty-five per cent of the businesses measured were suitable.

The StopGap initiative is aimed at raising awareness of the fact that even the smallest step or gap can make any building inaccessible to those with disabilities.

“The StopGap ramp is an easy solution to a common problem. It is quick to build and simple to deploy, without having to worry about building codes because it is a temporary ramp,” stated Hartling. “The StopGap ramp is not only great for those with assisting devices like wheelchairs and walkers, but also parents with strollers and even the delivery person who has to cart in the goods for the business.”

Initiatives like these are something Northern College not only supports, but wholeheartedly encourages.

“Northern College is proud to support any student involvement in the betterment of their communities,” stated Northern College President, Dr. Fred Gibbons. “We want our students to hold firm to the ideal that lessons learned in the classroom can and should be translated into the real world and that community citizenship is just as important as long term career success.”

Northern College is proud of the accomplishments of its students and will support any initiative designed to improve the accessibility and well-being of Northern communities.