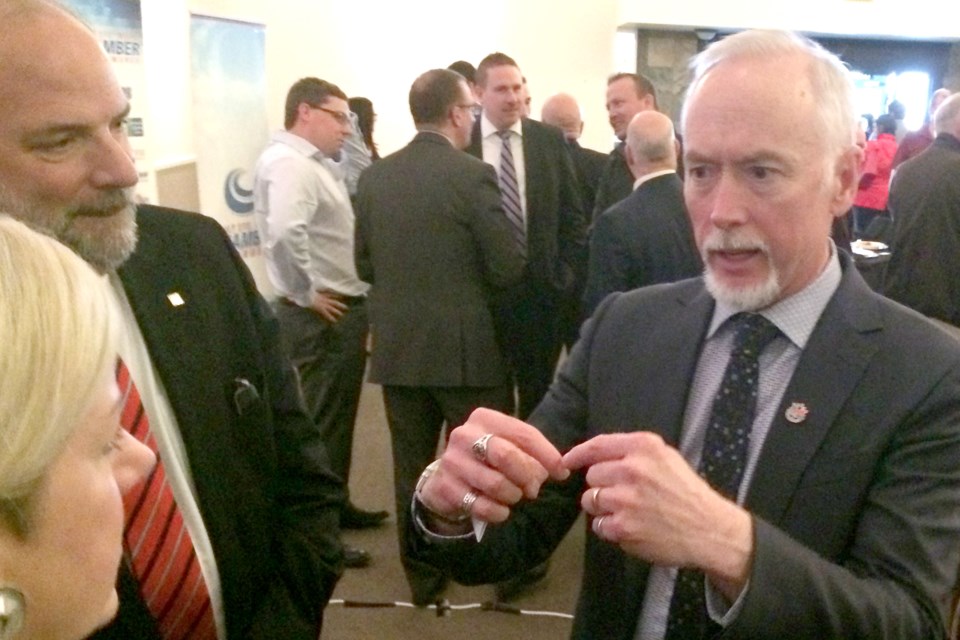 Noront Resources is getting close to naming where its ferrochrome smelter will be located.

President and CEO Alan Coutts was in Timmins for business this week and was one of the featured speakers at the Canadian Mining Expo gala, Tuesday.

The Toronto-based mining company is the largest developer in the Ring of Fire and is expected to announce where its ferrochrome smelter will be built this summer.

Four communities, including Timmins, submitted bids for the facility in early February.

Since then, Coutts said they’ve been analyzing the bids. They're also working with an engineering firm to make an evaluation.

“It’s pretty complex because all of the bids are a little bit different. They’re all repurposing old what we call brownfield sites or old industrial sites and they all have different attributes,” he said.

There are three key factors he said have to be right: the site, the commercial agreement with the current owner of the site, and the partnership with the city.

At this point, Coutts said they’re talking to site owners to understand what kind of deal they can get in place.

“We purposely delayed our decision making until after the provincial election and we want to make sure that we get this decision made well in advance of the mayors all running for re-election, so that’s kind of our sweet spot to make a decision,” he explained.

The processing facility will be the first in North America. In Ontario, he noted the last smelter that was permitted was the Kidd metallurgical site in the late ‘70s.

Wherever the smelter is built, during construction, he said there will be about 500 people involved. Once it’s operating, it will mean between 300 and 350 fulltime jobs.

There are pros to having the facility in the city with the heart of gold.

“One of the things we like about Timmins is there’s a good potential site here at the old Kidd met site, there’s a very experienced and knowledgeable work force, and there’s a population that’s very supportive of what we’re trying to do. It’s really an opportunity of a generation,” he said.

After a site is chosen, the company is anticipating a lengthy permitting process.

“The most optimistic case is that ore would be arriving here from the Ring of Fire in seven years,” he said.

Once it is up and running, he said there is enough ore to run for more than 100 years.

“It’s a high grade, fantastic resource of chromite ore and what we’re currently doing is we’re looking for a site where we’re going to process that chromite ore, smelt the chromite ore and turn it into ferrochrome, which is ultimately sold to stainless steel makers typically found in the northeastern United States,” he explained.