New leader on the docket at Newmont Goldcorp 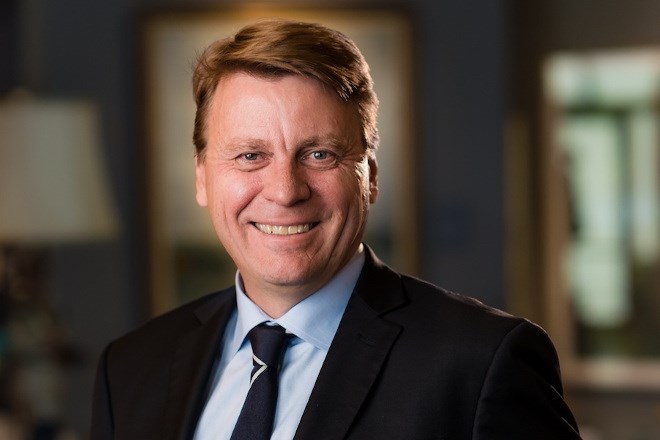 Tom Palmer will take over as CEO of Newmont Goldcorp on Oct. 1. (Supplied photo)

The company has announced that as of Oct. 1, in addition to his position as president, Palmer will also take on the role of chief executive officer (CEO) and join the board of directors.

He’ll be replacing Gary Goldberg, who is retiring after seven years of service to the company. Goldberg will stay on in an advisory capacity for one year.

“Working closely with Gary over the last five years, Tom and our experienced team are the right leaders to continue executing Newmont Goldcorp’s proven strategy, and to take the company’s performance to higher levels,” said Noreen Doyle, chair of Newmont Goldcorp’s board of directors.

“Tom’s deep understanding of the business, decades of mining experience, and skill in building high-performing teams will ensure Newmont Goldcorp continues delivering superior business results for our shareholders and other stakeholders. I and the board are grateful to Gary for his exceptional leadership and the foundation he has built positioning Newmont Goldcorp as the sector’s standout leader in long-term value creation.”

Palmer was appointed executive vice-president and COO in 2016.

Newmont Mining Corp. acquired Goldcorp in a $10-billion deal earlier this year, creating one of the world’s largest mining companies.

In Canada, the company’s assets include Porcupine Gold Mines in Timmins, which comprises the Hoyle Pond underground mine and the Hollinger open-pit mine; Musselwhite Mine, a fly-in complex located 500 kilometres of Thunder Bay; and the Red Lake operations, which include the Red Lake and Campbell underground mining and processing complexes.

A number of development projects are also in the works, including Borden Lake, its first all-battery-electric mine, located near Chapleau; the Century project, a potential large-scale open pit mine and related processing facility in Timmins; and the Cochenour development project, a potential new source of ore located five kilometers from Red Lake.