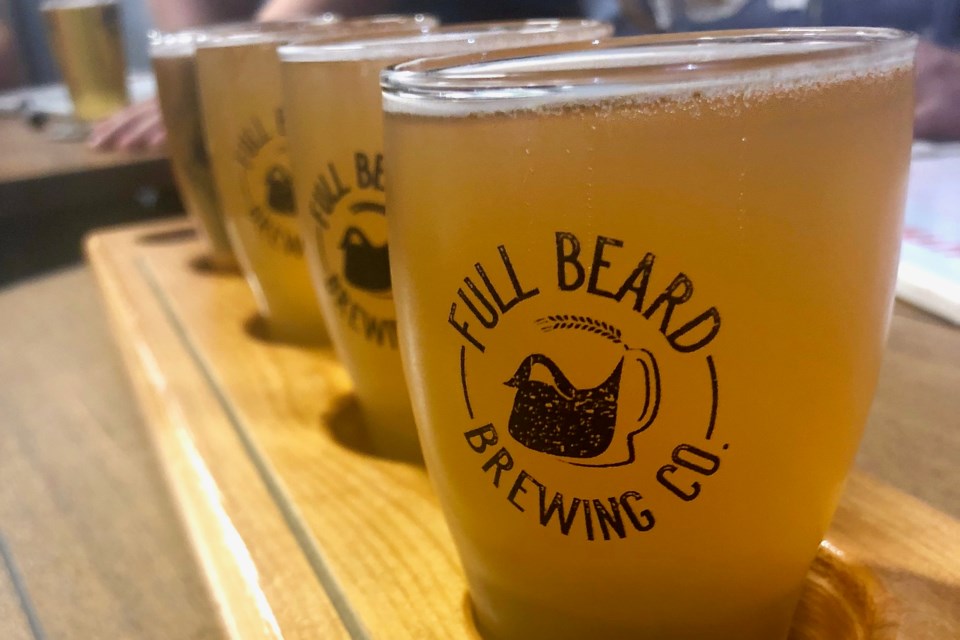 With an increased demand for its beer, Full Beard Brewing is eying Ottawa for a second location. Maija Hoggett/TimminsToday

If you’ve ever wanted a piece of Full Beard, now is your chance.

The Timmins brewery is hoping to expand and is eying Ottawa for a second location.

To help finance the expansion, they are launching a crowdfunding campaign with FrontFundr. While it’s not live yet, people interested can make a reservation.

The options range from $750 to $5,000, and include different incentives at each level.

“When it does go live, they’ll get an email saying you’ve reserved a minimum amount and they’ll contact them and say are you guys still interested and if so then here’s how we can do it and this is how we go about it,” explained owner Jonathan St. Pierre.

The brewery opened its doors on Wilson Avenue in 2017.

Since then, there has been a growing demand for their product.

They have 80 licensed accounts, are selling at The Beer Store and have been approved for selling at LCBO retail outlets.

St. Pierre said the Timmins location is at its cap for production.

He said the goal for the Ottawa location is to start production within the year.

“It’s coming quick, us getting into the Beer Store, 15 locations, we’re already bringing them quite a bit of beer and we’re just barely keeping up on that. We have our tap room and now the fact that we’re going to be in the LCBO, we need to have that extra production,” he said.

With a need to expand, he said they’re looking at Ottawa because of its deep-root connection with people from Timmins, and Barrhaven is an untapped market.

“It seemed fit for us to maybe look at and explore that side,” he said.

The FrontFundr goal is $1.5 million. Of that, $1.25 million is for equipment, ingredients and marketing materials, and $250,000 is for working capital.

According to the fundraising page, it would have similar atmosphere to the Timmins location, and have the ability to produce three times as much beer, with room to make more.

“The same Board of Directors will handle the business decisions of the Ottawa location,” reads the description. “One of the board of directors, and founding members, is prepared to move to Ottawa to manage the new location. The company brewers, Andrew and Kirby, have developed all the beer recipes and will train the Ottawa location brewer once hired.”

The crowdfunding campaign is giving people the opportunity to be part of the brewery.

“Crowdfunding has obviously been out there for a while now and we’ve seen a lot of businesses that have expanded or grown, within their own need, but that have utilized them to expand. We’re also still looking at getting grants and certain loans, but this is something we wanted to see,” said St. Pierre.

You can stay up-to-date with the campaign here, and on their Facebook page.

Full Beard hits Beer Store shelves (3 photos)
May 15, 2018 1:00 PM
Comments
We welcome your feedback and encourage you to share your thoughts. We ask that you be respectful of others and their points of view, refrain from personal attacks and stay on topic. To learn about our commenting policies and how we moderate, please read our Community Guidelines.