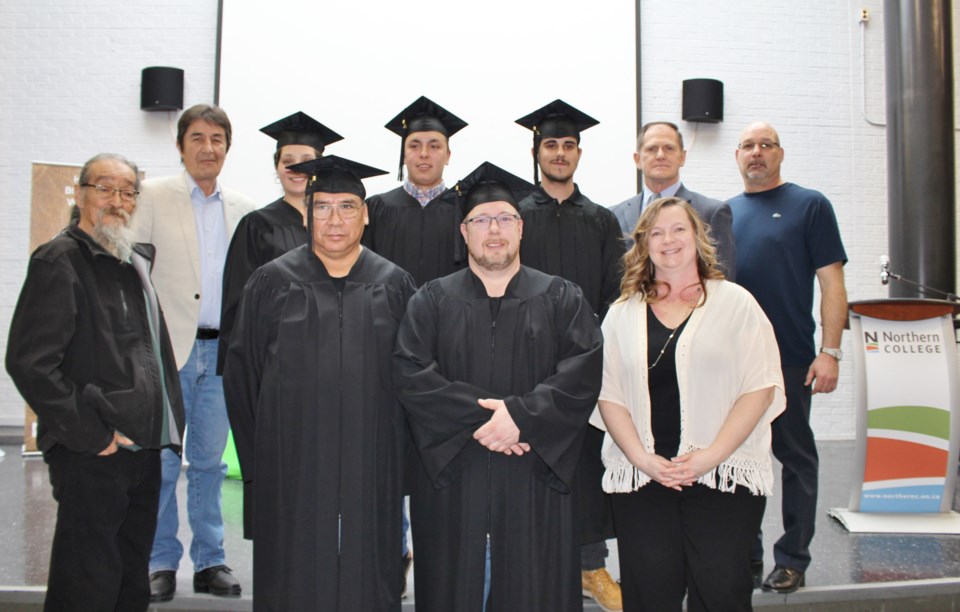 *************************
TIMMINS, ON - Northern College held a graduation ceremony for the final of four groups of Indigenous learners who graduated from the Underground Hard Rock Miner Common Core program Friday morning at the Timmins Campus. Five students completed the latest intake of the 14-week training program, offered in partnership with Wahgoshig First Nation and Primero Mining Corp.

This modular training program tailored to Indigenous learners was delivered onsite at Primero’s Black Fox Complex, located just outside of Matheson, with curriculum and instructors provided by Northern College.

Successful graduates are prepared with the knowledge and skills required to work effectively and safely in the mining industry. Topics covered in the program included staging, rock bolting, scaling, lock and tagging, blasting, mucking, and drilling.

“We are extremely proud to have been a part of this innovative training opportunity in partnership with Primero Mine and Wahgoshig First Nation,” said Christine Heavens, Executive Director, Community, Business Development and Employment Services at Northern College. “Throughout each offering, the partners remained focused on student success through collaboration, support, experiential learning and respect of indigenous culture and traditions. The initiative garnered national coverage and, to date, 72% of the graduates have found employment in the mining industry.”