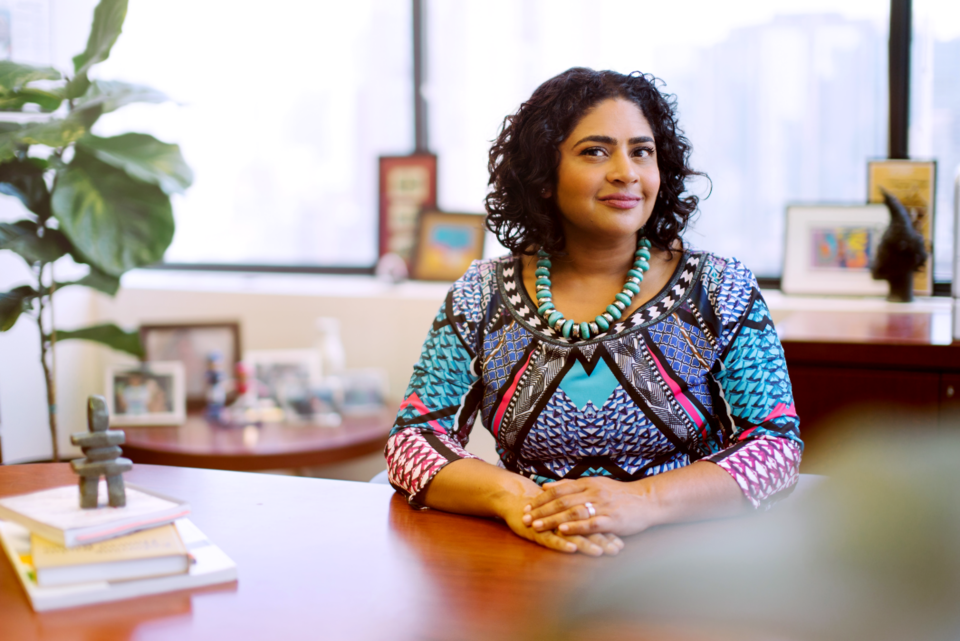 From what’s publicly known about the 2018 deaths of Joey Knapaysweet and Agnes Sutherland, Ontario Human Rights Commission (OHRC) chief commissioner Renu Mandhane says there's "sufficient cause for concern that those interactions might have been discriminatory.”

On the second anniversary of the deaths of 21-year-old Knapaysweet and 62-year-old Sutherland, the OHRC announced it has filed a Human Rights Tribunal of Ontario (HRTO) application alleging discrimination based on Indigenous ancestry by public service providers in Timmins.

Knapaysweet died Feb. 3, 2018, in an officer-involved shooting. Two days later, Sutherland died in hospital after being in police custody. Both were members of Fort Albany First Nation on the James Bay coast.

The province's Special Investigations Unit (SIU) investigated both deaths. The director's findings took a year to release and determined no reasonable grounds to lay criminal charges in either case.

According the HRTO website, parties named in an application have 35 days to file a response.

"If you receive notice of the application but do not file a response, you may not be given an opportunity to participate further in the process. You would still be responsible for complying with any orders to pay compensation," reads the website.

According to Mandhane, the families have also filed an application. She expects they will go through the HRTO process together.

When the OHRC believes it's in the public interest, Mandhane explained the Human Rights Code gives the commission the power to file its own application.

"And in these cases in particular we felt that the systemic issues that relate to the provision of services to vulnerable people who travel from remote First Nations communities to service hub communities are systemic in nature, and that through our own application we would be able to establish that not only is it the right thing to do to provide culturally relevant and safe services, but that it is actually discriminatory to fail to do so," she said.

Mandhane didn't want to go too far into what services they allege weren't available.

"Just from what is known publicly, we do know that Agnes Sutherland did attempt to receive services at the hospital, was arrested by the police and had interactions with both of those institutions. And that Joey Knapaysweet, in addition to trying to access addiction services, was also attempting to access emergency services and ultimately was fatally killed in an interaction with the police. I think the minutiae of what happened in those various interactions is really what will be explored in the tribunal process, but I think our preliminary sense that at least there’s a sufficient cause for concern that those interactions might have been discriminatory,” she said.

She said the commission's goals are "focused on obtaining public-interest remedies" from the hospital, police and CDSSAB

"Things like a commitment to engage with Indigenous communities, to understand their concerns and needs, to develop training on cultural competency and safety, to have policies in place so that staff understand what non-discriminatory service provision looks like in their context, and to develop human resources plans to promote and expand the hiring of Indigenous staff," she said.

"That’s the narrow goal, I think the broader goal for the commission is to establish that there are legal obligations to take these steps in communities that serve vulnerable Indigenous people and our ultimate goal would be to see other institutions, whether in Timmins or other hub communities like Sioux Lookout, Kenora, Thunder Bay, take similar steps to meet their human rights obligations."

Fiddler hopes the process will lead to meaningful change in Timmins, noting the issues aren't unique to the city.

"We’re seeing it in other small towns in our territory, I’m hopeful that this will lead to real change in Timmins, whether it’s with the police service, the emergency response service, the hospital - that they need to acknowledge that this is a problem and hopefully that they’ll take meaningful steps to make these changes so that we don’t lose anymore of our community members that travel from our communities to places like Timmins to seek help, that they actually get the help,” he said.

Shortly after the deaths in 2018, Mandhane was in Timmins as part of a regional tour to understand the communities' needs.

After that trip, she said that racism appears to be normalized in the city.

Mandhane said she's been following the city's efforts to "move forward with concrete action to advance human rights and reconciliation."

"I have been quite encouraged after his election that Mayor (George) Pirie seems to have moved forward with a number of initiatives at the city to advance reconciliation," she said.

"I have checked in with Indigenous people that are in the community — Nishnawbe Aski Nation, and the Friendship Centre, amongst others — to assess how they were feeling about those municipal initiatives and I think it’s fair that people are cautiously optimistic and that it does seem like the city is taking concrete steps to address some of the concerns that I raised."