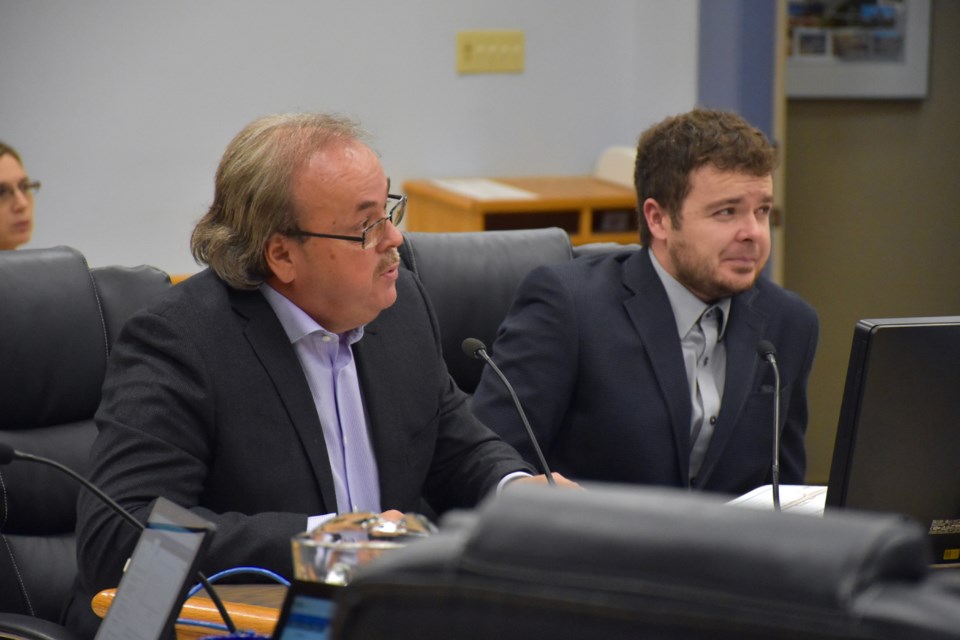 As the city moves ahead with reconstructing Highway 101 running through Timmins, the project has been re-phased.

With one of the most important phases slated for the 2020 construction season, at the Oct. 8 council meeting, Aecom project managers Darrell Maahs and Brenan Kennedy updated council on the work.

A connecting link is a road through a municipality connecting two ends of a provincial highway.

In Timmins, the area being looked at it is a 21.35-kilometre stretch from Kamiskotia Road in the west to the old railway tracks in Porcupine.

Since 2016 more than $19 million of roadwork has been done on about five kilometres from the top of Rae Hill to Legion Drive.

Director of engineering and public works Pat Seguin said the city has gone back to the drawing board since doing the original 10-year timeline for the whole connecting link project.

That means instead of the entire project being done by 2025, the new completion date is 2034.

He said they looked at the infrastructure and have tried to match the life of the underground piping with the year the road reconstruction will take place.

“So if a phase is in 2034 it’s because we feel that the underground piping will last that long and we’re able to rehabilitate it then,” he said.

In 2020, the focus is Algonquin Boulevard from Mattagami Boulevard South just east of the bridge to Theriault. The work would be done from April to November, with some restoration work in 2021.

Seguin said it's an important phase the city has been delaying and has very old infrastructure.

"And we will need a commitment from council, I think even before we apply for funding because there’s a lot of equipment that’s got four-month lead time to order. So we need to really get this thing out to tender late December, early January so that we can complete this phase in one construction season,” Seguin said.

According to Aecom's presentation, municipalities are eligible for provincial connecting link funding up to 90 per cent of eligible costs. The maximum for a project is $3 million.

Historically, Kennedy said Timmins has been receiving funding every second year. He said the plan is structured to that, and also tries to minimize traffic impacts downtown by completing work in that area every second year to give businesses a break.

For the stretch of Algonquin being done next year, Maahs explained the phases of impact to traffic.

In the first stage, he said the four lanes would be merged down to two. When the contractor gets into the bulk of the work in stage two, Algonquin would be closed from the east side of Mattagami Boulevard South to the west side of Theriault.

During that time, traffic would be detoured to Wilson, with access to businesses by side streets. He said they are looking at temporary traffic signals on Wilson.

Truck traffic would be detoured along a route including Shirley Street, Lafleur, Laforest and Highway 655.

During the final stage of the 2020 work, Maahs said the intersection of Theriault and Algonquin would be closed. He said the work underground and on the traffic signals can't be done without closing it.

By diverting truck traffic on roads not built for it, council is worried about the impact.

Coun. Rock Whissell talked about driving behind a transport on Laforest Road today that he said changed lanes about 10 times because the road is already in bad shape.

“By sending them all down that road, we’re going to have issues throughout the summer and I know I’m going to be getting some phone calls,” he said.

“Residents are not aware of the day-to-day or weekly events that are happening,” he said.

A public information session on the project design and traffic management plans is being held Wednesday, Oct. 9 at the McIntyre Community Centre.

Virtual reality tours capturing Indigenous tourism sites and facilities
Aug 5, 2020 3:56 PM
Comments
We welcome your feedback and encourage you to share your thoughts. We ask that you be respectful of others and their points of view, refrain from personal attacks and stay on topic. To learn about our commenting policies and how we moderate, please read our Community Guidelines.