May 5 is Red Dress Day and the National Day of Awareness of Missing and Murdered Indigenous Women and Girls (MMIWG)
May 3, 2021 1:00 PM By: Dariya Baiguzhiyeva 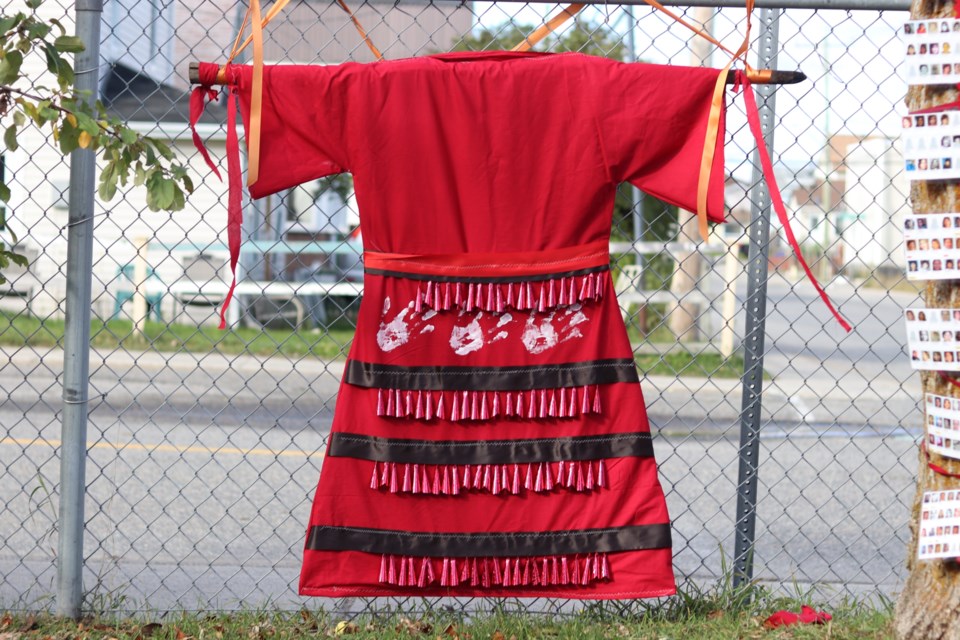 May 5, community members from Timmins, Kapuskasing, New Liskeard and Cochrane will gather virtually in honour of the Red Dress Day and the National Awareness Day of MMIWG. Dariya Baiguzhiyeva/TimminsToday

Northern communities are drawing attention to the issue of missing and murdered Indigenous women and girls (MMIWG).

Wednesday, May 5, is the National Day of Awareness for MMIWG. It is also Red Dress Day.

Community members from Timmins, Kapuskasing, New Liskeard and Cochrane will gather virtually in honour of the day.

"Red is the colour our ancestors and spirits can see, that’s why we wear the red skirts. It’s the official colour of the MMIWG campaign,” said Timmins resident Holly Buffalo Rodrique, who will be participating in the event.

The video will be live-streamed from Kapuskasing starting at 7 p.m. It will be available to watch on Desiree Mathews’s Facebook page.

“She will bring us on as guests, each one at a time. There’s going to be drumming, singing,” Rodrique said.

The video will feature four or five people from Timmins who will be doing the dance, 10 girls from Kapuskasing drumming, two community members from Cochrane sharing the history of the movement and doing an opening smudge prayer, and another person from New Liskeard drumming a song.

In the past, Timmins community members travelled to Cochrane for a walk with the Ininew Friendship Centre on May 5, Rodrique said. Because of the gatherings restrictions this year, it was decided to mark the day virtually.