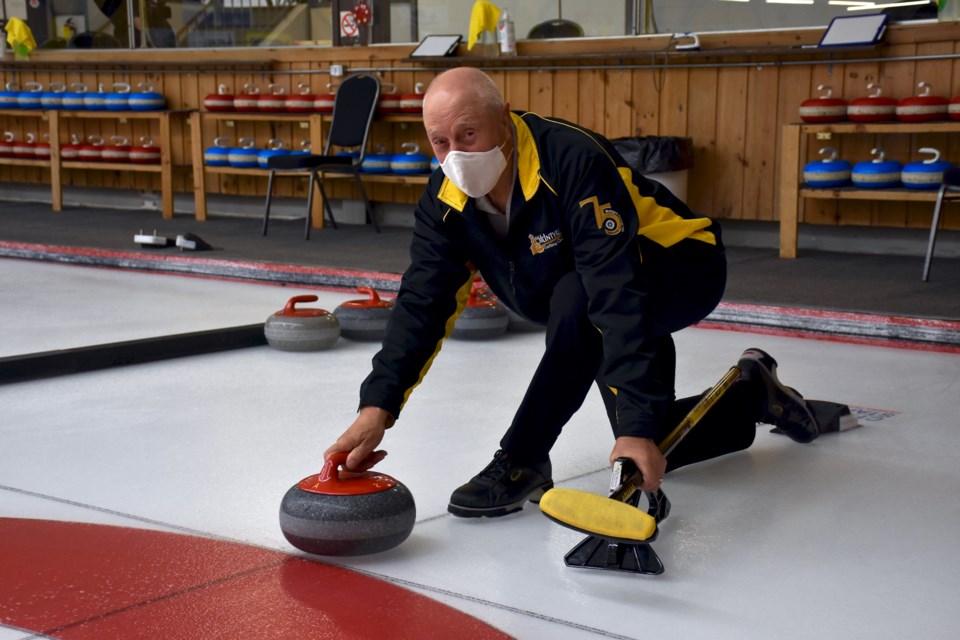 McIntyre Curling Club lifetime member Ed Richter was the first curler to throw one of the new curling rocks being used this season.

The process to buy new stones has taken about two years and is in partnership with the City of Timmins, explained McIntyre Curling Club ice chair Gord Cowie.

With a pricetag of about $73,000, Cowie said the cost is being shared between the city and the club.

“It makes it affordable for us as an organization, otherwise I don’t know if we would have done it this year,” he said.

For the new stones, a new advertising initiative has also been launched.

Cowie said they're just starting to promote a program for businesses, associations and members to advertise on a rock.

The cost starts at $125 for one year. The full pricing and how to sponsor a rock (or rocks) is available here.

While the members are getting back on the ice for local play, the national championship the club was scheduled to hold in 2021 has been cancelled.

Because of the COVID-19, Curling Canada announced last month that the Canadian Under-18 Championship in Timmins was one of the events ancelled because of the pandemic. It is not being rescheduled for later in the season.

According to the news release, the decision was based on the safety of players and volunteers, travel restrictions, and the cost of running an event with pandemic restrictions.

"The scheduled host cities for the cancelled 2021 events have all graciously agreed to host Curling Canada championships in the future," reads the news release.