The group has also sat down with the environment commissioner
Jan 29, 2019 4:00 PM By: Maija Hoggett 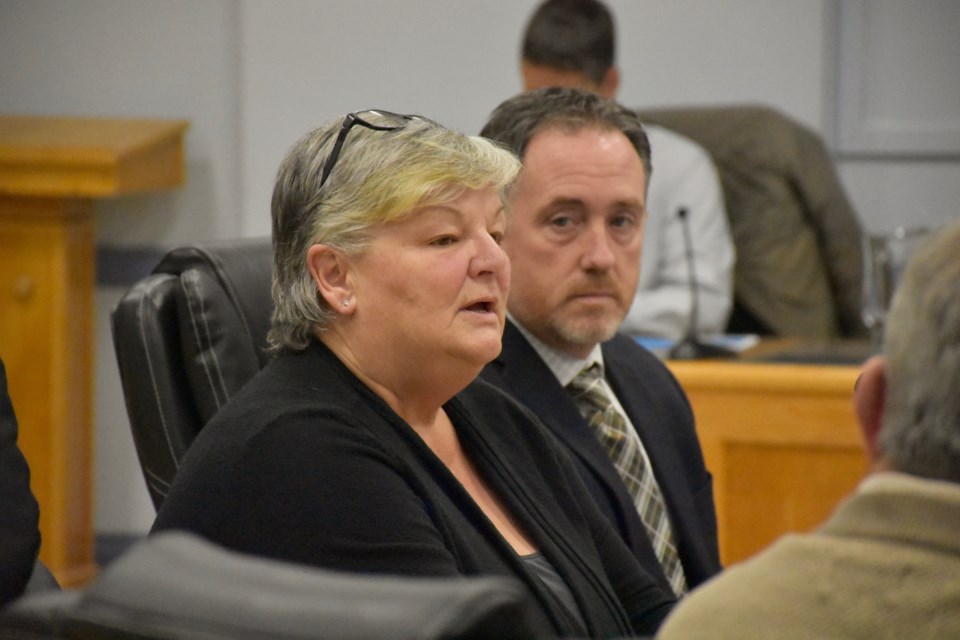 From a new city liaison committee to sitting down with Ontario's Environment Commissioner Dianne Saxe, it's been a busy time for the Friends of the Porcupine River Watershed.

For about an hour, members for the Friends group talked with Saxe, with the conversation ranging from how to ask the government to review its policy through the Environmental Bill of Rights, to road salt working its way into waterways, water and wildlife testing, and more.

Currently, sewage is bypassed into Porcupine Lake when the system’s capacity is exceeded, which is normally when there is a lot precipitation or during the spring melt.

The local lake was included in the commissioner’s 2018 Environmental Protection Report to highlight the “lack of enforcement to stop combined sewage overflows.”

“The City of Timmins does not have a stormwater fee system to reduce stormwater flow into its combined sewers,” reads the report. “Nor has the city met the deadlines in the order to upgrade its sewage system. However, the ministry took no enforcement action, and accepted the city’s excuses for non-compliance. The city argues that the required sewage system upgrades had been delayed again by ground settling, which caused a major sewer pipe to break shortly after it was installed.”

Friends of the Porcupine River Watershed’s Brenda Torresan said meeting with the commissioner is “absolutely paramount” and they’re fortunate to sit down with her.

“I think we received a large amount of information that we have to ingest now and bring forward with our groups through the city. We certainly have a lot to read,” she said.

One of the parts that stood out for Torresan is how local residents can do their part by lobbying and reporting.

Any two Ontarians who think someone has broken an environmentally significant act or regulation can ask a ministry to investigate.

WIth changes at the provincial level, there is a timeline on reporting items through the Environmental Bill of Rights as it currently stands, though.

Last fall, the government announced it is consolidating the offices of the environment commissioner, child and youth advocate, and French language services commissioner.

While Saxe hasn’t been told when the changes take effect, she told the group it’s expected it’ll happen on or before May 1.

The Friends of the Porcupine River Watershed have been being actively working on its efforts to clean up the lake.

“We’ve done a strategic plan and slowly and steadily we move forward to check off the items that are on there, but everybody knows that the biggest problem in the City of Timmins is the sewage that is going into Porcupine Lake. That didn’t happen overnight, it’s not going to be cleared up overnight, but if we can get to a point in the next five to 10 years even where there’s no more sewage going into the lake, the lake will start to heal itself,” Torresan said.

After a public information session last summer with reps from the Canadian Environmental Law Association, the group secured a sit-down with the City of Timmins.

From that came the need for the City of Timmins Porcupine Watershed Public Liaison Committee.

Last week, CAO Dave Landers and Torresan talked to council about the group, which Landers said has a focus of establishing trust and improving communication.

“We have had discussions also about a budget for this committee and that’s something we’re still kicking around as a committee that we may very well come back to council to say that there might be a requirement for some independent funding to ensure that a third party is looking at the lake health as well as what we would be doing from the city perspective,” he said.

The liaison committee includes Friends of the Porcupine River Watershed members, administration, councillors John Curley and Mickey Auger have been appointed, and the mayor is an ex-officio. There is also a callout for two members of the general public, as well as two representatives of affected Indigenous of Metis communities.

The Friends of the Porcupine River Watershed are holding a regular board meeting Feb. 6 at 6:30 p.m. at Northern College. New members are welcome. If you have any questions, email friendsporcupineriverwatershed@gmail.com.