BEYOND LOCAL: Why most ‘dad shaming’ comes from mom 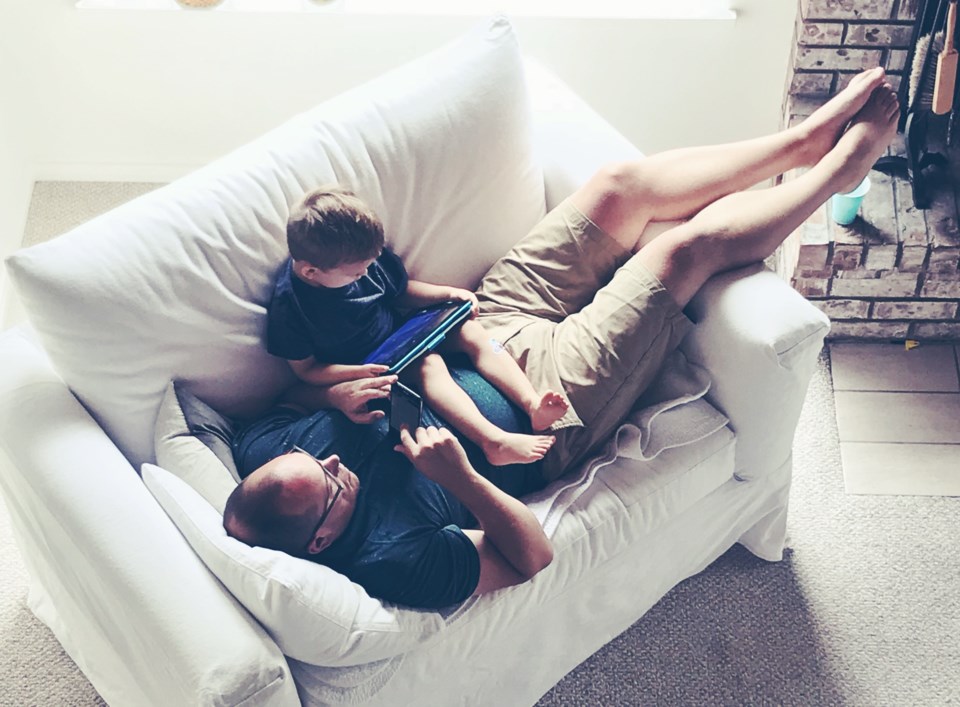 I think I am a dad shamer. Not all dads; just my husband.

A new poll, by C.S. Mott Children’s Hospital, at the University of Michigan, found half of fathers admit to being criticized about their parenting style or choices, most commonly by their partner.

My husband was not part of the poll, but he sees where the dads are coming from.

I think he’s a great dad. The best. He’s kind, present and patient but we don’t always agree on discipline. He likes to correct behaviour as it happens. I am more “pick your battles” and “natural consequences.”

As a result, this is the sequence that regularly plays out in our home: one of our sons does something wrong. My husband says: “Stop,” and then I reply with my own: “Stop, it’s not a big deal. Let it go.” He’s parenting and then I am right there behind him parenting his parenting.

Dr. Sarah Clark is the co-director of the poll. She wasn’t surprised to hear the fathers felt the finger-pointing was coming from their child’s other parent (44 per cent).

“A lot of moms don’t even recognize that is what they are doing because there are still a lot of gender stereotypes that moms play into, that dads are almost babysitters or need to be trained,” Clark said.

When the University of Michigan conducted a similar poll in 2017 with mothers, they identified their own mother or father (37 per cent) as the person they felt most criticized by, followed by the child’s other parent.

"We don’t want to wake up and shame our husbands and fathers of our children, it just kind of happens,” said Dr. Caroline Buzanko, who works as a psychologist in Calgary.

She also believes this generation of mothers have a lot of anxiety and self doubt over how their kids are going to turn out and want co-parents to be on the same page.

“We want dad and our partners to follow along with all the rules of what we should be doing. It also eases some of our own anxiety about what we are doing. It helps to validate the practices that we are partaking in,” Buzanko said.

Sixty-seven per cent of the dads polled said they felt criticized over how they discipline their child, followed by what they give their child to eat or drink, being too rough and not paying enough attention to their kids.

Clark is concerned over the negative reaction some fathers have towards criticism. Twenty-eight per cent admitted to feeling less confident as a parent while 19 per cent said it led them to be less involved. She also celebrates the results that found many of the dads reacted in a positive way.

“Almost half of our dads said that in response to being criticized, they either asked an expert — maybe the child’s doctor or teacher — or they looked something up in maybe a parenting book or online,” said Clark. “They are seeking information, trying to either reinforce their position or find out if they really do need to may a change.”

“Sometimes it’s hard to separate out what’s the style difference and what’s really a meaningful health and safety issue.”

In the official report, the researchers did not use the phrase “dad shaming.” Clark said that’s because the dads they spoke with didn’t think the criticism they were receiving was actual shaming, unlike moms.

And with that, I know I need to bite my tongue. And if I really do have concerns about my husband’s parenting, bring it up later when our sons aren’t around to hear it.

Want more ways to keep up to date? Check out the “Family Matters” podcast! If you haven’t subscribed yet — what are you waiting for?