This latest innovation from SafeSight has been designed, developed, and manufactured in Northern Ontario, dramatically improving safety as it removes the worker from harm's way
Apr 30, 2021 11:00 AM By: BayToday Staff 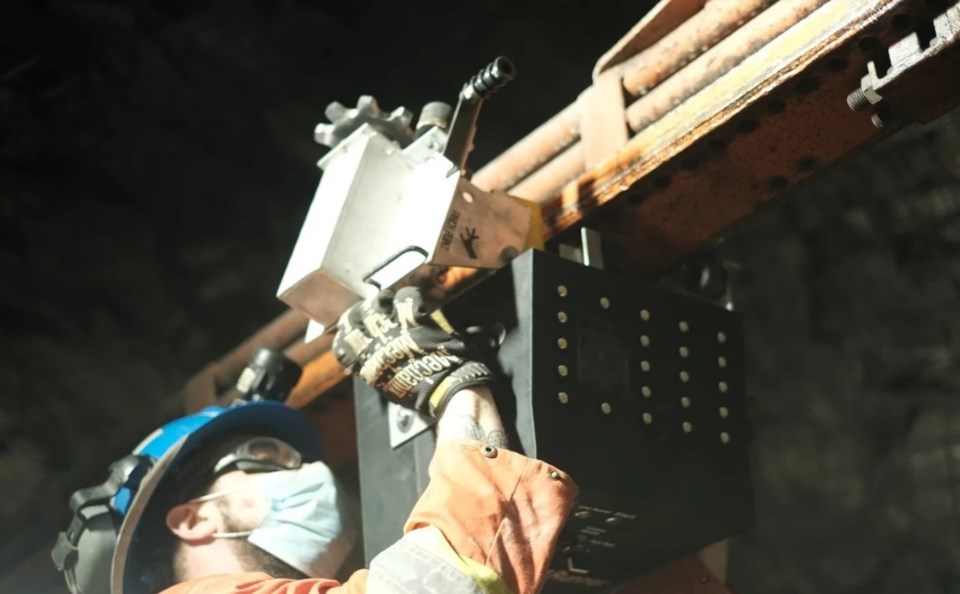 The award recognizes "great innovations in mining that directly impact safety," according to a news release.

The Redpath and SafeSight collaboration has developed the SafeSight MRC Rail RunnerTM, a "significant advancement" in the safe use of the Mechanized Raise Climber (MRC) for mining and civil applications.

It allows supervisors and workers to assess the raise before going into the confined, high-risk space.

"The Rail RunnerTM provides autonomous raise inspection using the latest innovations in HD video and LiDAR technologies, along with proprietary solutions developed by SafeSight. This unique utility robot easily clips on an MRC rail, climbs, and performs a video inspection of both the face and/or the entirety of the raise. The light-weight unit can complete a 1,000 ft raise assessment and then return to the nest in under 20 minutes.  Using a tablet from the safety of the nest, the operator controls the unit utilizing SafeSight’s Rail Runner app. The unit will immediately provide an HD video of the MRC development work area for safety assessment," reads the news release.

The effort was a true collaboration between the companies, according to SafeSight CEO Mike Campigotto.

"The final result is a game-changer in mechanized raise development that supports safer operation. We look forward to having the Rail RunnerTM implemented in all MRC sites around the globe making this type of mining safer and more efficient," he said.

This latest innovation from SafeSight has been designed, developed and manufactured in Northern Ontario, dramatically improving safety as it removes the worker from harm's way.

One-time grant available for tourism, travel businesses
May 17, 2021 9:27 AM
Comments