Hobo Cannabis off to strong start in Timmins 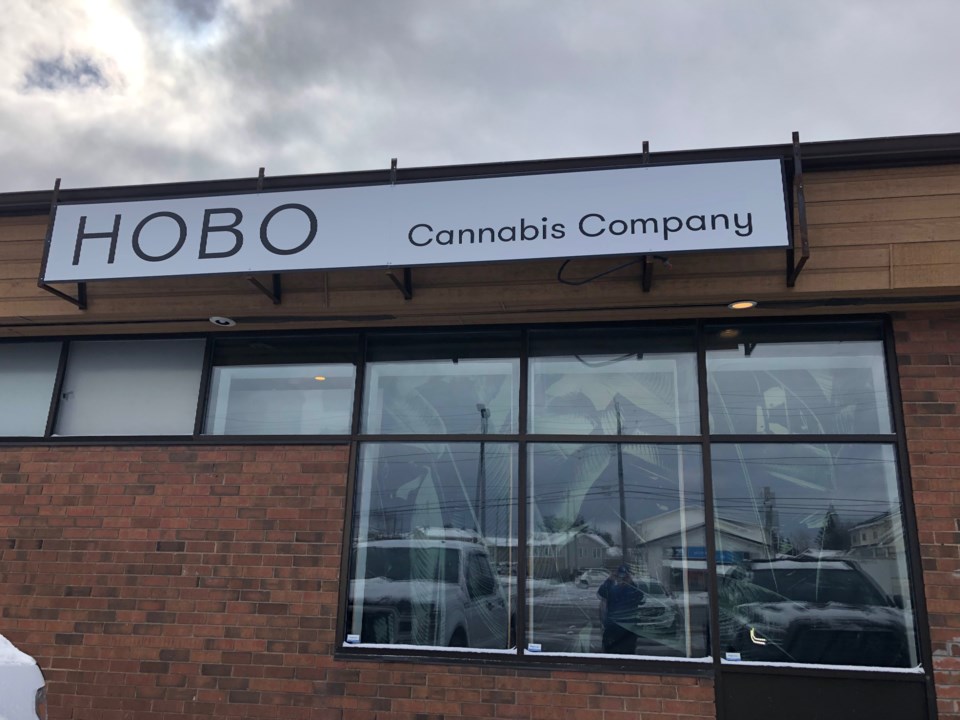 Hobo Cannabis has opened its doors in Timmins. Alain Quevillon/RogersMedia

Hobo Cannabis, located at 993 Riverside Dr. in the former Soucie Salo location near Pizza Hut, opened for curbside pickup and delivery this morning.

Because they receive orders weekly, for the most part, supply isn't a concern.

“There’s a high likelihood if this demand continues you’ll see a couple niche categories like edibles or gummies start to disappear, things that we haven’t got good supply of regardless and there’s high demand for. That’s the case in almost any of our stores in Canada is gummies especially disappear in days if not hours,” he said.

It was announced back in January that the Timmins store would be under the Vancouver-based company's brand.

While the plans were originally to open in March, COVID-19 has affected the launch of the 3,000-square-foot store.

“COVID-19 has been a pretty interesting challenge. We operate in three provinces, it’s been a different challenge in every one of them. But in Ontario it was even more challenging by way of the state of emergency that was declared there,” said Stoker.

On the cusp of opening in Timmins, Stoker said the moratorium on construction meant the same for licences and retail store authorizations.

When the province revised its list of essential businesses in early April, recreational cannabis stores were forced to shut down. Days later, they were added to the list again to allow delivery and curbside pickup.

"It’s been going really well, it moved a lot faster, frankly, than I thought it would, which is good because the AGCO and the Ontario Cannabis Store and the province of Ontario has every motivation for businesses to work in a safe and responsible way. We were capable of doing that, so here we are,” said Stoker.

Inside the store, he said there are a few small details to finish, noting they have time to do that.

“This state of emergency, or at least the way we’re going to operate conditionally will last certainly for weeks, likely for months,” he said.

If they were allowed to open the storefront, he said they could do it, though.

For now, orders are limited to being placed online at Hobo.ca.

“We’ve tried to bring pieces of the store outside to the pickup window — a little bit of an inside out scenario — to give residents of Timmins a little bit of a glimpse of what the actual store experience might be like when we get to return to some semblance of normalcy,” he said.

So far, the store has meant about 12 new local jobs.

While there are about 20 people working in the store right now, he said there are people from the operations team in Toronto and Ottawa in town right now.

He said they'll scale up local hiring when they get a firm grasp of the local demand.

"And then post-pandemic, that’s where we’ll probably sit at around 40 staff and our Ottawa and Toronto teams eventually will regress back to their own respective operations and that will be a Timmins team,” he said.

Reduction in U.S. softwood lumber duties doesn't appease Ottawa, Queen's Park
Nov 25, 2020 1:30 PM
Comments
We welcome your feedback and encourage you to share your thoughts. We ask that you be respectful of others and their points of view, refrain from personal attacks and stay on topic. To learn about our commenting policies and how we moderate, please read our Community Guidelines.