'My philosophy is, if you’re going to do a job, you have to do it right, and that means a 110 per cent effort,' says Rick Young
Sara Susanne Fabunan Nov 27, 2022 2:30 PM
Previous Next
1 / 1 Timmins Food Bank president Rick Young showed a biography about Father Les Costello, the famous hockey player of The Flying Fathers Hockey Team.
Expand
Previous Next
Listen to this article
00:04:42

“What would Father Les Costello do?” This is what Timmins Food Bank president Rick Young asks himself every time he feels discouraged due to frequent break-ins to the facility and stealing of goods.

Volunteering, particularly managing the food bank, has lots of challenges. Young shared that two weeks ago, the food bank and furniture store got broken into three times within a week and a half. He said they broke the deadbolt in half or destroyed the window to get in.

“Timmins is bad, really bad for break-ins and stealing. I don’t know why…it felt discouraging, but like what I said, you have to look at the overall picture and keep going,” Young said in an interview with TimminsToday.

Every time this happens, Young reminds himself of Father Les Costello’s selfless devotion to the poor.

Young always looked up to Father Les Costello, a former Toronto Maple Leafs hockey player who joined priesthood a year after the team won the Stanley Cup in 1948. Costello was also part of the Flying Fathers Hockey Team, where Young was a volunteer hockey trainer.

Young loves hockey, but laughingly admitted he wasn't good at playing it, so he decided to volunteer as a coach for children’s hockey for 43 years instead.

For Young, Costello is an inspiration due to his tireless efforts to help people in Timmins and the priest is the reason why he devotes his time to the food bank and the furniture store that Costello was managing.

“My philosophy is, if you’re going to do a job, you have to do it right, and that means a 110 per cent effort,” he said.

When Costello died in 2002, Young, as suggested by the priest, launched a food bank branch in Timmins, and continued picking up and delivering furniture to people who needed it.

“He is the reason why I started the food bank. His (Father Costello) thing in life was helping everybody,” he said.

He also added that the well-loved priest was also the reason why Young, at 79 years old, still continues helping the homeless and the needy. 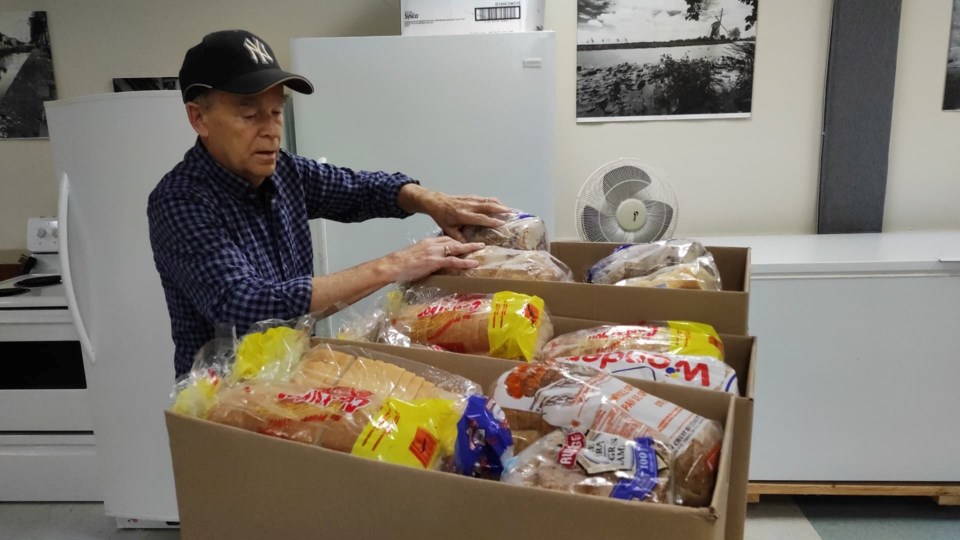 Young, for 16 years, has been managing the two charity organizations — he works almost seven days a week from 6 a.m. up to as late as 10 p.m. He admitted that the work is tiring, but feels fulfilling knowing that food bank has been helping 123 families every week.

He shared his volunteering routine: The day starts at 6 a.m. picking up garbage left behind by dumpster divers behind the food bank, then cleaning up the food bank facilities, and at 9 a.m. he meets with Andrei Cote, who is in his 60s and helps Young pick up or deliver furniture like beds, fridges, sofas and reclining chairs, from donors and delivering it to the homes of those who need it.

While on the road, his brother, Jim Young, helps him pick up the donated goods from groceries for the food bank.

Young said, for his age, it is a lot of work, and he sometimes needs to put up with mean people, abusive individuals, frequent breaking-in and repairing of doors and windows, which are setbacks in his mission to help those in need.

Young said he gets discouraged by the daily challenges, but tells himself to look at the brighter side.

"They are only the small percentage who are doing it (stealing), but I just keep going on as long as I can," he said.

He lamented, however, that when the time comes that he can no longer pick-up or deliver furniture, he may forced to close down the furniture store that Father Costello started. Young said, no one will be willing to devote their time picking up and delivering furniture for free. 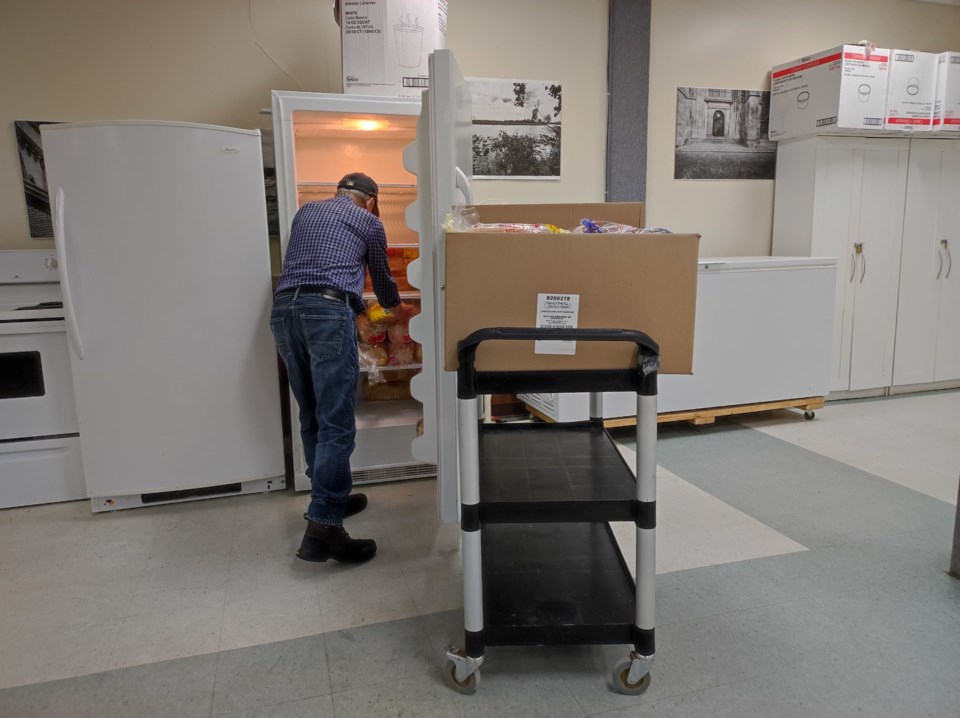 Young is hoping though that someone will pick up the torch when he decides to retire from volunteering.

He called on Timmins residents to volunteer for any local charitable organizations. Young said organizations, like the food bank, need more volunteers.

Young will continue helping the homeless and the needy for as long as he can.

“People need help, that’s what this fellow (Father Costello) was all about. I pick after him,” he said, adding that volunteering may be a thankless job, but it is a fulfilling calling.

Rick Morgan, who is a close friend and volunteers with Young, had kind words to share about his friend of 50 years.

"Rick Young is a calm and level-headed fellow. He devotes a lot of time to the food bank/furniture store ... Timmins is lucky to have him," said Morgan.

This story was made possible by our Community Leaders Program partner.