A lot of spread is happening at private gatherings, says Catton
Apr 8, 2021 12:47 PM By: Dariya Baiguzhiyeva 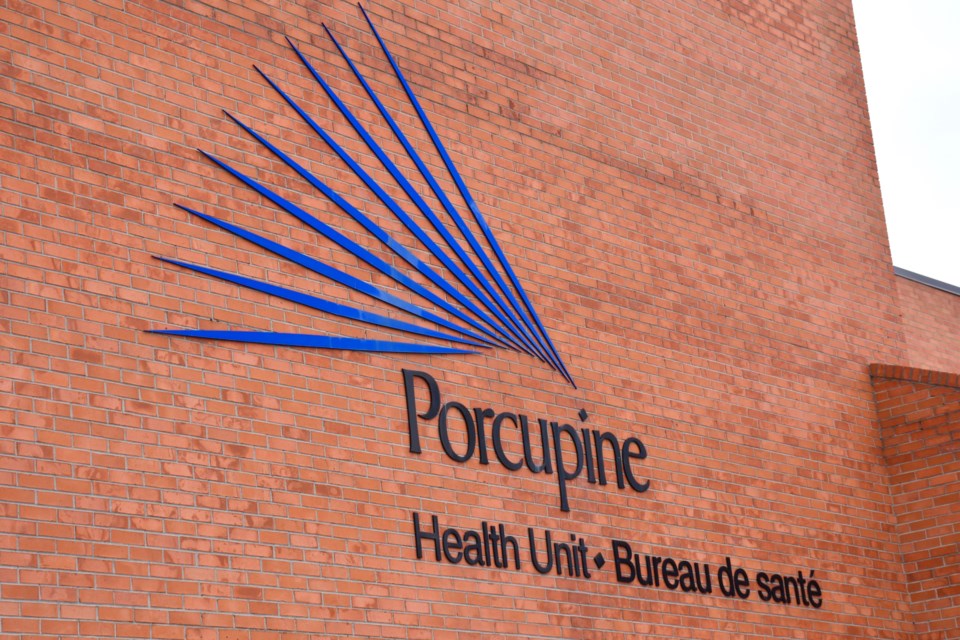 The trends across the province and the Porcupine Health Unit (PHU) region in regards to the rising number of COVID-19 cases are concerning and alarming, says medical officer of health Dr. Lianne Catton.

A lot of the spread happens at private social gatherings in enclosed spaces where there’s no physical distancing or wearing masks, Catton said during a virtual update today.

Between March 25 to April 7, there were 39 cases of the virus confirmed in the health unit region. Out of those, 25 per cent (10 cases) are confirmed variants of concern.

“This is not meant to be fear-mongering. Our job is to educate and to share what the risks are, what the potential impacts are and the patterns that we’re seeing in cases that we follow,” Catton said.

She noted it doesn’t mean all of the cases come from social gatherings. If there’s no link to travel, it is assumed infections happened through community exposure.

“This is not being done to blame, to cast judgment, to in any way to accuse anyone of doing anything wrong,” Catton said. “We need to keep in mind individuals are infectious two days before they develop symptoms.”

To date, there have been 385 confirmed cases of the virus in the region. Of those, 331 have recovered and 25 have died. There are known 29 active cases. There’s also an outbreak at Extendicare with one active case.

Yesterday, Black River-Matheson declared an emergency under the Ontario Emergency Management and Civil Protection Act.  There has been a high-risk exposure for some staff and a "significant number" of them are self-isolating for 14 days, according to a news release.

The Porcupine Health Unit does not name specific smaller communities that COVID-19 cases are in. Currently, there are four known active cases in the area of Cochrane, Matheson, Iroquois Falls and Smooth Rock Falls. The most recent case in that area was announced yesterday morning.

Once variants are screened, further testing is not done based on evidence and provincial direction and guidance from the experts, Catton said.

Any positive COVID-19 test is now automatically screened at the provincial level for two genetic mutations: the E484K and the N5O1Y.

If samples have only the N5O1Y mutation and are negative for the E484K mutation, they’re presumed to be the UK (B.1.1.7)  variant, Catton said.

“It is the predominant strain that we’re seeing for all variants and all cases now. And that’s why it’s so incredibly important we continue to follow the precautions because we know it’s much more easily transmissible,” Catton said.

If the test screens positive for the N5O1Y mutation and the E484K, it goes to genomic sequencing to determine which variant it can be, according to Catton.

“We’ve always acted as if though every case is a potential variant of concern. The steps we take do reflect that,” Catton said. “We’re not waiting for confirmatory test if we have only the screen positive for the N5O1Y mutation. At that point, we assume and know it is the B-117 variant.”

So far, more than 50 home-bound patients have been vaccinated across the communities with the help of Cochrane District EMS.

Over the next few weeks, vaccination clinics will be offered to people over the age of 60.

There are three pharmacies in the PHU region — Rexall in Kapuskasing, Shoppers Drug Mart on Algonquin Boulevard in Timmins and Wallace Drug Store in Cochrane — that will be providing the AstraZeneca vaccine. There are also two family health teams that will be starting to vaccinate using AstraZeneca.

For most groups, the intervals between doses will be extended up to four months to allow the province ramp up the vaccine rollout and increase the number of people vaccinated with a first dose, Catton said.

If there hadn't been a province-wide shutdown, the region would’ve likely been in the orange or red zone now, considering the rising number of cases, Catton said. She implored community members to stay home and be kind to one another.

"We know people are tired. We know people are economically, socially, emotionally, mentally drained and challenged throughout this time. But I don't want to announce more tragic outcomes," Catton said. "We need to work together to reduce the risk overall."

People eligible for a vaccine can register for upcoming clinics in the region here. Select pharmacies are also delivering the vaccine. Find a list of those and book an appointment here.

Northern Store 'successful' getting in supplies even with shorter window for winter road
Mar 30, 2021 8:00 AM