Ottawa Fire Chief Kim Ayotte says he hasn't seen a blaze as bad as the one at Vittoria Trattoria in his 16 years in the city
Apr 12, 2019 3:28 PM By: Mike Vlasveld 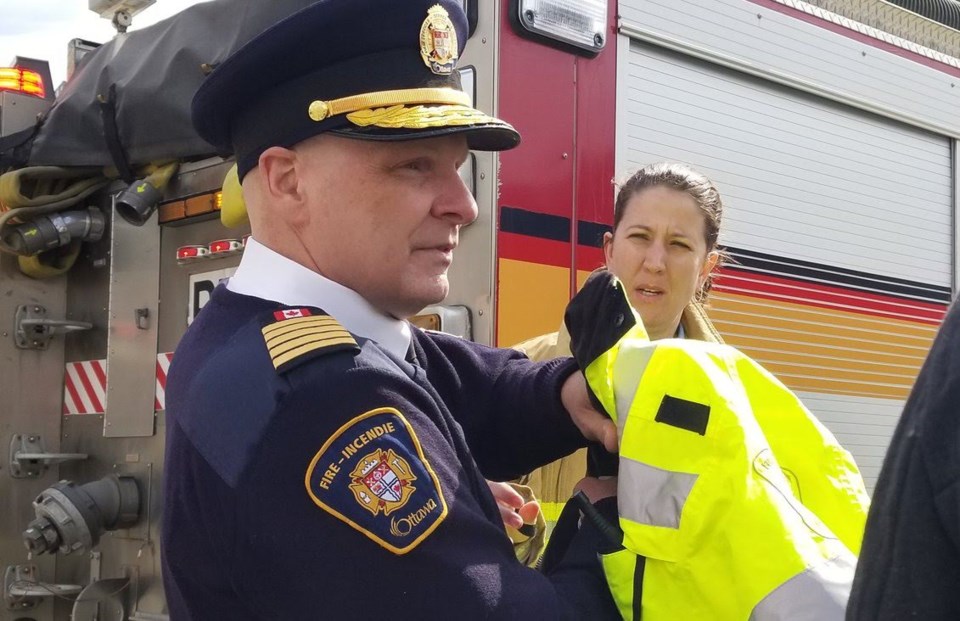 Ottawa's fire chief estimates more than $1-million in damages as flames caused a substancial amount of destruction to the Vittoria Trattoria building on William Street in the ByWard Market.

The Ontario Fire Marshal will be investigating to determine what caused the fire.

It did enough damage to cause the restaurant building's roof to collapse.

Fire Chief Kim Ayotte added that his crews had to pump a ton of water into the building, as the fire was starting to crawl into neighbouring businesses.

He said he's never seen a fire as big as this one in the 16 years he's worked in Ottawa, and he heard from some of his colleagues that they hadn't seen anything like it in decades.

Firefighters were expected to be putting out hot spots in the building until the late afternoon or early evening, Friday.

COVID-19: How non-core classes will operate in Ontario schools
Aug 2, 2020 12:25 PM
Comments
We welcome your feedback and encourage you to share your thoughts. We ask that you be respectful of others and their points of view, refrain from personal attacks and stay on topic. To learn about our commenting policies and how we moderate, please read our Community Guidelines.

About the Author: Mike Vlasveld