Barrie-area lawyers say a system that was largely stuck in the past was forced to quickly reform as a result of the COVID-19 crisis
Apr 30, 2020 6:30 PM By: Marg. Bruineman 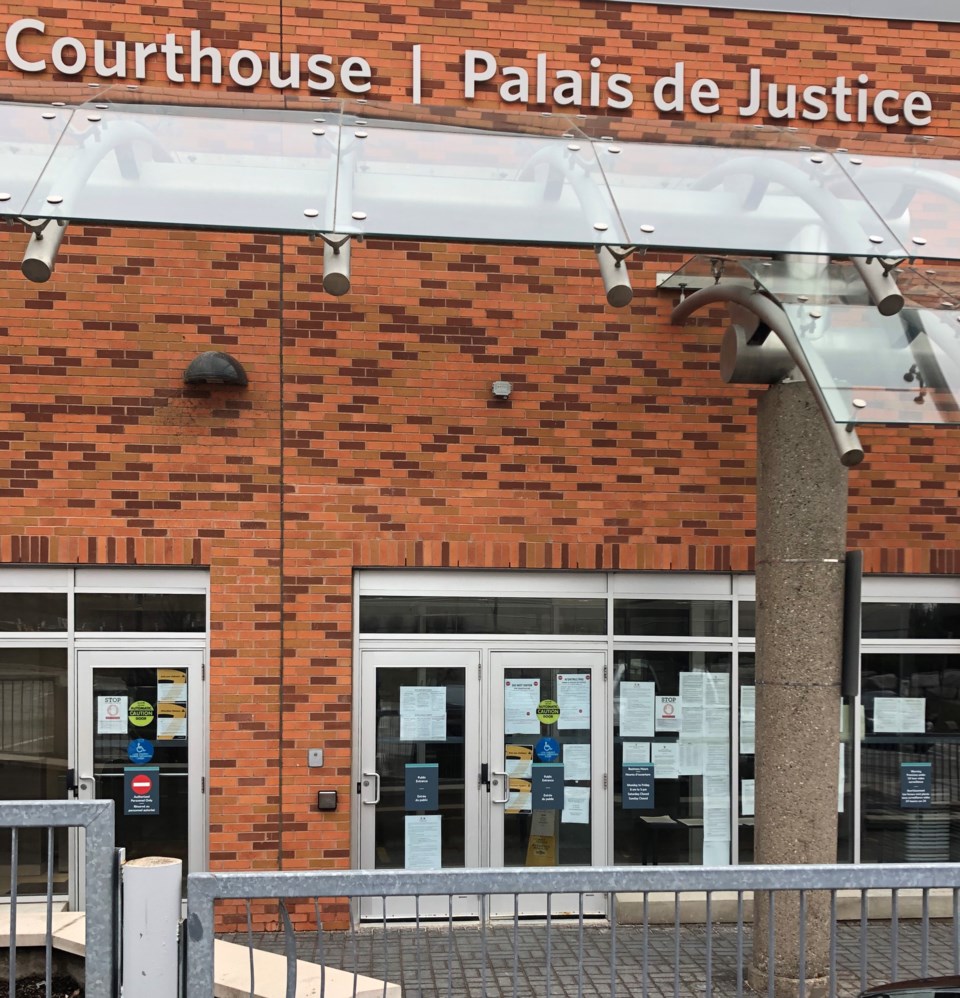 There isn't a lot of activity at the Barrie courthouse right now, but it's expected to be a busy place when the COVID-19 crisis is over. Marg. Bruineman/BarrieToday

Just what will happen to the administration of justice when courts are ready to fully resume post-COVID-19 is anyone’s guess.

The general sense is that it will be anything but normal as an already overburdened system tries to catch up after being in limbo for at least 10 weeks, with some aspects being suspended even longer.

But Barrie-area lawyers say a system that was largely stuck in the past was forced to quickly reform as a result of the crisis, adopting new solutions to make it more efficient and implement a level of technology that was largely absent. Many of those approaches and the lessons learned are expected to become a permanent part of future operations.

However, the more immediate concern, says Marshall Green, a longtime Barrie municipal lawyer, is transitioning from crisis mode to regular operations and dealing with all the issues and cases that were in limbo as a result of the emergency situation.

“There's going to huge chaos in the courts June 2 when they pick it back up,” he said. "There are so many logistics to figure out.”

Green is concerned about the impact the current suspension of so many operations within the judicial system will have when emergency orders are lifted. The courts, he expects, will be overwhelmed, particularly given the situation remains fluid and has been changing almost daily.

The latest word, Green points out, is that civil and criminal jury trials won’t be addressed until September at the earliest.

From his perspective, working in administrative law and tribunals, any delay in a hearing date will have a ripple effect on all the other “interior dates” required by so many pieces of legislation. The Planning Act, for instance, contains something like a dozen deadlines relating to different aspects of each case.

But he sees it play out a bit differently.

“I’m not sure it’s going to be chaos, but I think it’s going to be difficult for the administration of justice,” he said. “We’re already squeezed in terms of timing and how long you had to wait for court and trials and stuff. This is just going to make it all that more difficult.

"What’s really difficult to predict, I think, is how squeezed they’re going to be," Eisen added.

He expects that Crown prosecutors, who will be busy trying to get through ever-building criminal case lists, are going to be willing to consider more deals to move the cases through the system.

The technological advances gained by the province’s justice sector during this crisis, however, won’t disappear. The new 130 portable digital recording devices, 700 laptops and 600 teleconference lines are there permanently to support the digital infrastructure so quickly developed during these past few weeks.

Attorney General Doug Downey, who is also Barrie-Springwater-Oro-Medonte MPP, says while he’s overseeing the current situation which has allowed for widespread use of hearings through video conferencing and a fast-track updating of technology within the court system, he’s also got an eye out for what happens next.

And the focus is on the entire system, including tribunals and courts.

"I'm not as daunted by it. It's huge, but I'm engaging stakeholders now to have that conversation about how we prioritize and how we move forward,” Downey said. “We're looking across the spectrum on how we deal with the activity, how we deal with it."

Those technological solutions introduced since March 17 are there for good and there are indications that the entire system will continue to catch up to where it should be, said criminal lawyer Gary Pickard, who is president of the Simcoe County Criminal Lawyers’ Association.

“The criminal justice system has lagged behind for years and years and years. It’s still paper-based. It still relies on fax machines; emails were not that common. Doing things remotely wasn’t possible, now it is,” he said. “And I think the chief justice of the superior court said that’s not going to change when things get back to normal.

"Technology is going to be a top priority and trying to get us into the 21st century," Pickard added.

Just the same, he said, when the emergency orders are lifted it won’t simply be like flipping a switch. That backlog will have to somehow be managed.

But it’s not just the system that was forced to respond when COVID-19 hit.

She said with only emergency access to the courts, people have been forced to resolve issues on their own or rely on alternative dispute resolution methods, like mediation and collaboration.

“I hope we learn a take from this, both in the legal system and in the general population, especially parenting kids and really take from it and learn what’s important and what’s not," she said. "And how we can really use the lessons we’re learning from COVID-19 to better the justice system and hopefully also have people put things in perspective when they’re dealing with parenting, family law issues and the kids.

“When you have a crisis, sometimes it forces people to prioritize and actually see what’s really important, what really matters.”

Kathryn Whitehead, president of the Simcoe County Law Association, said the entire system has pushed ahead so dramatically there’s just no going back.

“I’m anticipating when we settle down and we get back to normal, it won’t be the same normal,” she said. “I think there’s a lot of work taking place right now to try to iron out the kinks and make it more efficient on the basis that the goal would be in the future to allow that technology to continue on.”

Green observed that a profession known generally to be adverse to change was forced by COVID-19 to meet current challenges.

“It takes a while. The bar and the bench could both move when they have to,” he said. “In a way, this crisis has proven that.”

Beef pastrami recalled due to possible listeria contimation
Nov 23, 2020 4:00 PM
Comments
We welcome your feedback and encourage you to share your thoughts. We ask that you be respectful of others and their points of view, refrain from personal attacks and stay on topic. To learn about our commenting policies and how we moderate, please read our Community Guidelines.

About the Author: Marg. Bruineman

Marg. Buineman is a Local Journalism Initiative reporter covering justice issues based out of BarrieToday. The LJI is funded by the government of Canada
Read more