The crane still remains where it fell during Dorian almost a month later
Oct 7, 2019 10:05 AM By: Global News 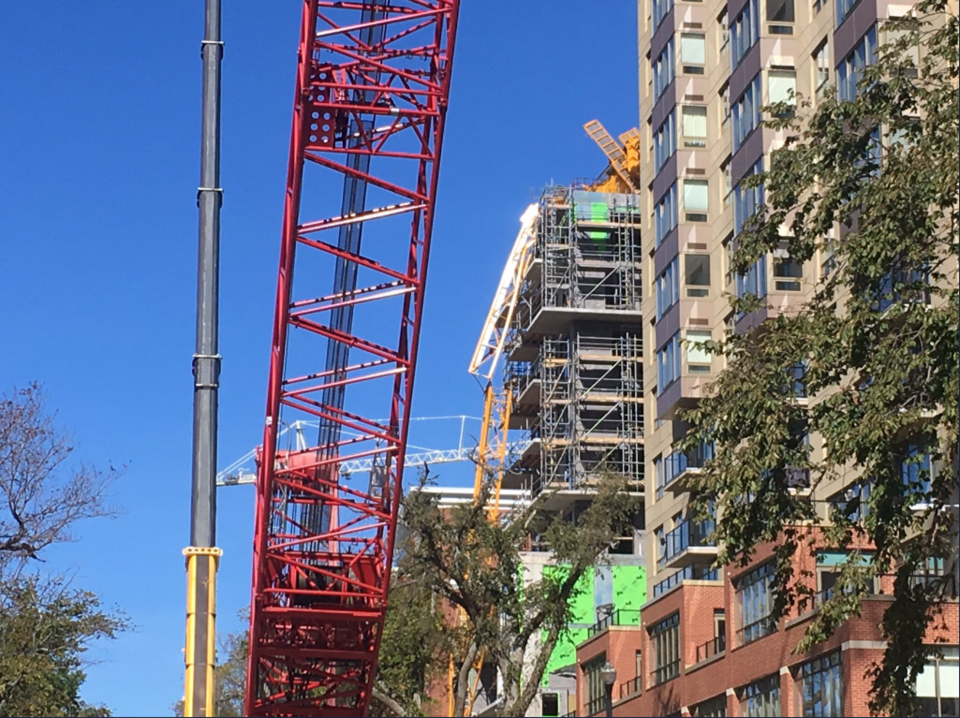 Post-tropical storm Dorian brought down a construction crane in downtown Halifax, and the crane still remains where it fell nearly a month later.

In early September, the crane toppled over a building under construction on South Park Street in Halifax.

Engineers from Harbourside Engineering Consultants and R&D Crane Operator Limited say there are a lot of moving parts to ensure the removal is done safely, so to help with that a new crane was set up in the area over the weekend.

However, they’re still not ready to start that process as work is still ongoing to strap down and stabilize the collapsed crane. Once that is complete the new crane will be one of two that will be used to lift up the middle section of the tower off the building.

It weighs about 30,000 kg, and two cranes will be required because of how far away the tower is from the roads where the removal cranes can be set up.

The surrounding area of the crane was closed off under an emergency order by the province on Oct. 2 to ensure the safety of those in the area as work continues to remove the crane.

The localized emergency area is defined as the city block within the boundaries of Cathedral Lane, Brenton Street, Brenton Place and Spring Garden Road.

You may have noticed a new crane at the collapsed crane site in South Park st this weekend. This red crane is one of two which will be used to help lift the middle part of the tower off the building. pic.twitter.com/AW2TeXQYlJ

However, the closed off section of South Park Street has been slightly expanded to accommodate the new crane, so pedestrians will no longer be able to cross South Part Street at Brenton Street.

Meanwhile Halifax Water crews were also on scene Sunday. Contractors had asked Halifax Water to be ready in case something goes wrong with the water pipes, fearing the weight of the new crane could damage pipes underground.

“We were asked to be at the ready to shut down a water valve if that was required. But when our crews got down there this morning to do that work they realized the valve was actually malfunctioning so they had to shut down the water to do the repair,” said James Campbell, a spokesperson for Halifax Water.

Campbell said the water was restored to the area mid afternoon.