BERLIN — The German defence minister says she wants to help bring some Afghan employees of her country's military to Germany as it prepares to leave Afghanistan after nearly 20 years.
Apr 18, 2021 6:20 AM By: Canadian Press 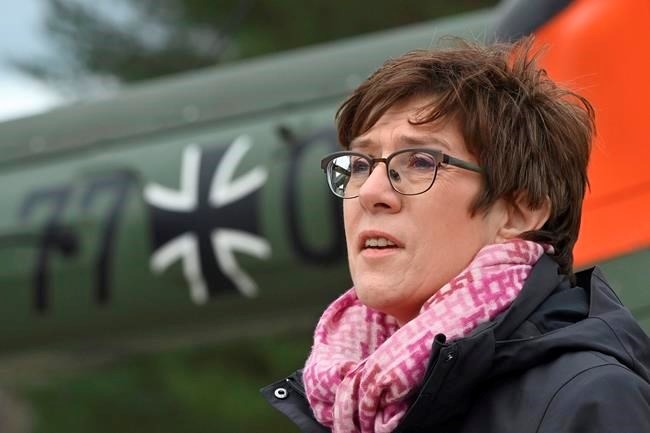 BERLIN — The German minister says she wants to help bring some Afghan employees of her country's military to Germany as it prepares to leave Afghanistan after nearly 20 years.

NATO allies including Germany are set to join the United States in pulling their remaining troops out of Afghanistan, starting on May 1. Germany currently has just over 1,000 troops participating in the mission there, and about 300 local employees.

Minister Annegret Kramp-Karrenbauer told German news agency dpa in comments published Sunday that she wants to get employees who may face danger if they remain in Afghanistan to Germany quickly.

“We are talking here about people who in some cases have worked for years by our side, at danger to their own safety, also have fought with us and made their personal contribution,” she said. “I see it as a deep obligation for ... Germany not to leave these people behind unprotected now that we are finally leaving the country.”

The Welt am Sonntag newspaper, citing the Interior Ministry, reported that Germany plans to set up an office in Kabul and probably also one in Mazar-e-Sharif in northern Afghanistan to help process cases.

Germany already has a procedure to allow in some Afghan employees, under which the Ministry says 781 have been taken in since 2013. However, there have been some disputed cases.

“From my point of view, we have a changed situation because we are not talking about the rearrangement of a mission but about the end,” Kramp-Karrenbauer said. “And that possibly means a different security situation and a different evaluation.”

Germany aims to complete its withdrawal by mid-August.