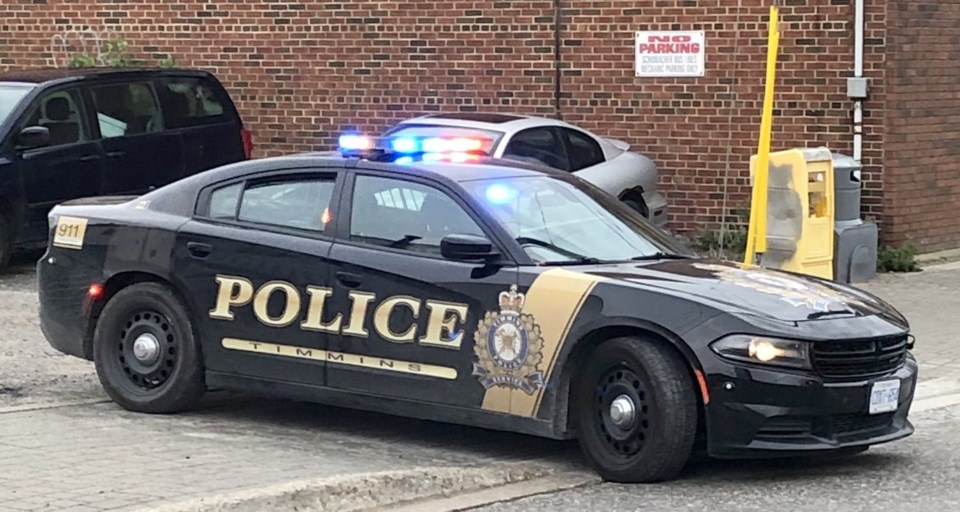 NEWS RELEASE
TIMMINS POLICE SERVICE
*************************
In response to a number of recurring traffic complaints regarding excessive speed and other forms of aggressive driving noted in key high volume areas of concern, a traffic enforcement initiative was undertaken by the Timmins Police covering the Easter holiday weekend.

A total of 129 Provincial Offence Notices were issued to motorists observed committing aggressive driving infractions contrary to the Highway Traffic Act during this initiative.

The breakdown of observed offences resulting in the issuance of an Offence Notice are as follows:

In a number of circumstances where driving behavior merited a traffic stop by Timmins Police officers, other violations were discovered by means of further investigation.

During the enforcement campaign, a stunt driving incident was observed by a Timmins Police officer during the evening hours of Saturday April 3 on Hwy 101 east of Schumacher. The ensuing traffic stop led to the arrest of the 49-year-old South Porcupine man and resulted in charges of:

These charges will be addressed in Provincial Court on April 21.

In a separate incident, a traffic stop by a Timmins Police officer during the afternoon hours of Saturday, April led to the seizure of stolen licence plates and the laying of the applicable charge of:

This charge will be addressed in Provincial Court on May 11.

Additionally, 19 Provincial Offence Notices were issued to drivers for documentation violations and one driver was charged with Littering on Highway while another was charged with the offence of: Being a Class G1 Licence Holder - Unaccompanied by Qualified Driver.

During the course of the campaign, due attention was paid to pedestrian violations that often lead to “near hit” situations or other collisions.

Two pedestrians were charged with the offence of Pedestrian Fail to Use Crosswalk.

The Timmins Police Service, as always, is responsive to the needs of the community in terms of public safety.

As such, their officers remain firmly committed to traffic safety and will continue to undertake these measures in key areas identified as being prone to chronic public concern and related to motor vehicle collisions.