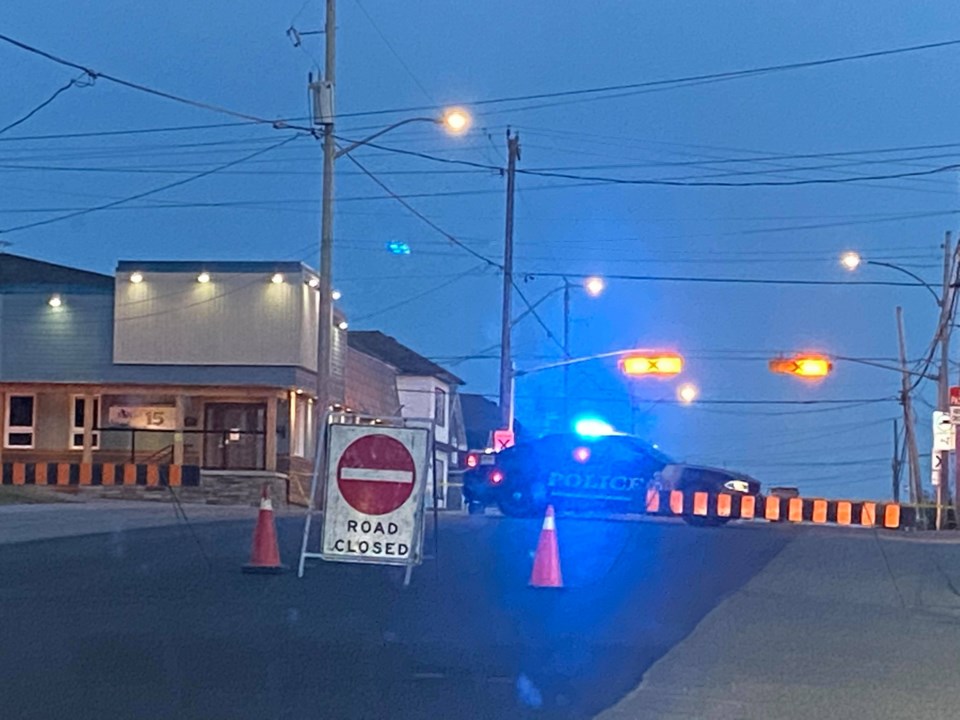 A section of Mountjoy Street South was closed for a Timmins Police investigation after a crash involving a pickup truck and motorcycle June 9.Alain Quevillon photo

A Timmins man is facing impaired driving charges after a crash last night in Timmins.

The collision between a pickup truck and motorcycle happened June 9 at the intersection of Mountjoy Street South and Kent Avenue.

"The driver of the pickup truck fled the scene without stopping after the collision, but was located by means of investigation undertaken by the Timmins Police Service," reads the news release.

The 45-year-old man driving the motorcycle was flown to a Sudbury-area hospital from Timmins and District Hospital, said police. He is being treated for serious, but non life-threatening injuries.

Jame Robin, 36, of Timmins, has been charged with:

The accused was released from custody on a strength of undertaking. He is scheduled to appear in a Timmins court on July 7 to answer to the charges.

The intersection was closed for several hours for the police investigation.

Both vehicles are in the possession of Timmins Police for forensic analysis.

"In particular, the police would like to speak to potential witnesses who were in a light coloured SUV type vehicle that was proceeding southbound on Mountjoy Street South yesterday evening in front of the motorcycle that was involved in the collision," said police.