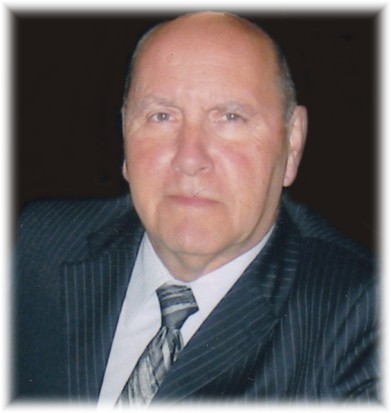 Beloved husband of Sheila (née Chevrier), dearest brother of Marny Holmes (Ron Monette) of Cambridge, Ross MacPhail (Mary) of Newmarket, Sandy MacPhail (Kim McKenzie) of Timmins and Michael MacPhail (Kathy) of South Porcupine. His memory will be held dear by his many nieces and nephews and great-nieces and nephews who were all near and dear to his heart. Rory was predeceased by his parents Ross and Sirx MacPhail and by his brother Christopher MacPhail. He will also be deeply missed by many close friends.

Rory began his career as a musician. He worked for Metro Roads in Toronto, Hydro in Otter Rapids and MTO in Timmins. After retirement he got back into his beloved music, singing with the Timmins Allstar Big Band, doing one-nighters here and there and most recently teamed up with Christopher Yungblut doing his all-time favourites by Frank Sinatra, Niel Diamond and many more.

The family appreciates the compassion and excellent care given to Rory for the past few months by the doctors and nurses at the Timmins and District Hospital, his family physician Dr. Nick Kanya-Forstner and his Bayshore nurse, Lisa who went above and beyond.

A special heartfelt thank you to our dear friend Carol Côté for her moral support and daily visits throughout our long roller coaster ride.

Cremation has taken place and a memorial service celebrating Rory’s life will be held at 12 p.m. (noon) on July 24, 2014 at the Royal Canadian Legion in South Porcupine (downstairs).

Funeral arrangements and cremation services have been entrusted to Lessard-Stephens Funeral Home (705-268-4488) Donations in Rory’s memory may be made to the Royal Canadian Legion, South Porcupine Branch 287. Online donations or condolences can be made at  www.lessardstephens.com

Memories and Condolences
We welcome your feedback and encourage you to share your thoughts. We ask that you be respectful of others and their points of view, refrain from personal attacks and stay on topic. To learn about our commenting policies and how we moderate, please read our Community Guidelines.