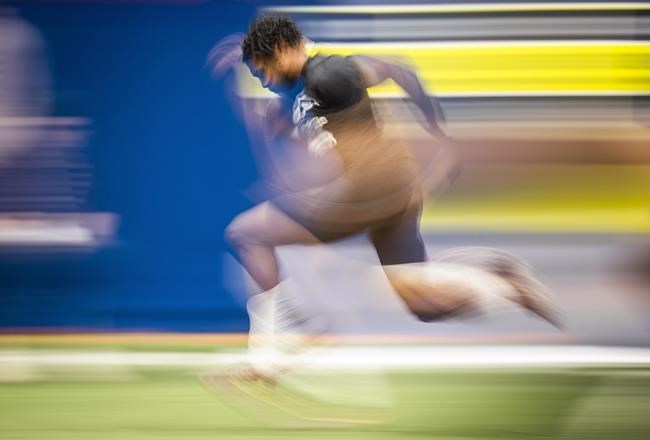 Winnipeg selected the six-foot-two, 307-pound Desjarlais fourth overall out of the University of Windsor, where he started 27 games at both right and left guard.

The six-foot-one, 195-pound Richards, who had 48 catches for 531 yards and three TDs last season at Mount Allison, was selected in the fifth round, No. 43 overall.

The only drafted player yet to sign with Winnipeg is defensive lineman Jonathan Kongbo, who was taken fifth overall. He won't take part in training camp as he recovers from a knee injury suffered last season at Tennesse.

Raptors' Ujiri says conversations about racism can no longer be avoided
May 31, 2020 3:54 PM
Comments
We welcome your feedback and encourage you to share your thoughts. We ask that you be respectful of others and their points of view, refrain from personal attacks and stay on topic. To learn about our commenting policies and how we moderate, please read our Community Guidelines.