TORONTO — Wins have been hard to come by this year for Raptors Uprising GC after making history by finishing the regular season 16-0 last year.
Jul 22, 2021 2:48 PM By: Canadian Press 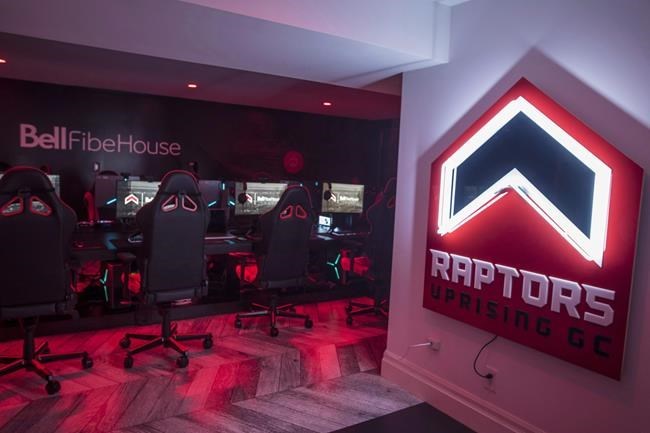 TORONTO — Wins have been hard to come by this year for Raptors Uprising GC after making history by finishing the regular season 16-0 last year.

At 5-15, the NBA 2K League esports team is bottom of the Eastern Conference as it prepares for a two-game series Friday with the fifth-place 76ers GC (9-7).

The Raptors looked to be finding a rhythm earlier this month when they won three of four. But that run ended with a pair of losses to Celtics Crossover Gaming on Wednesday.

Still the team remains optimistic, with eight games remaining in the regular season.

"I think we're getting better for sure," said guard Joshua (TsJosh) McKenna. "Little mistakes we had at the start, we're starting to fix."

Boyd was the first overall pick in the inaugural 2018 NBA 2K League draft. The 27-year-old played both point guard and shooting guard in Dallas, averaging 20.4 points, 9.7 assists and 1.5 steals in 48 career games.

The 16-week season runs through Sept. 4 with US$1.5 million in prize money. Chances are the Raptors may have to win the final tournament of the season, called The Ticket, to secure a playoff berth.

Vescovi says the team bond continues to be strong and he expects a turn in the team's fortunes.

"We've been grinding the game a lot. I will say we've been putting a lot of hours in, probably more than any other team just because we're that eager to get better."

After running the table in the red-hot regular season and winning two tournaments in 2020, Toronto exited the playoffs prematurely in a semifinal loss to eventual champion Wizards District Gaming. Raptors Uprising finished the year with a 28-1 record in all competitions. But that one loss was costly.

This year has been far more painful. This week's trade did not come as a surprise to McKenna.

"When you're having a bad season, anything is liable to happen," he said.

Flowers was one of three players retained by Raptors Uprising this season along with the star duo of league MVP and star point guard Kenneth (Kenny Got Work) Hailey and Defensive Player of the Year Trent (Timelycook) Donald.

Vescovi was obtained in an off-season trade while former Raptors Uprising members Trevion (All Hail Trey) Hendrix and McKenna were reacquired, via a trade and the draft, respectively.

Hailey was also named a first-team all-star in 2020 while Donald was voted to the second team. Hailey and Donald were also chosen for the league's all-defensive team.

Vescovi, voted to the league's all defensive team in 2019, came over in a November deal that sent all-star centre Jerry (Sick One) Knapp to Hornets Venom GT. Later that month, the Raptors reacquired Hendrix from Cavs Legion GC in exchange for a first-round draft pick (21st overall).

McKenna, who spent the 2018 and '19 seasons with Raptors Uprising, returned in the third round of the NBA 2K League draft in March.

This report by The Canadian Press was first published July 22, 2021