TORONTO — York 9 FC has parted ways with Peruvian forward Adrian Ugarizza, who had yet to play in a game with the CPL side after signing in February.
Jul 6, 2020 4:02 PM By: Canadian Press 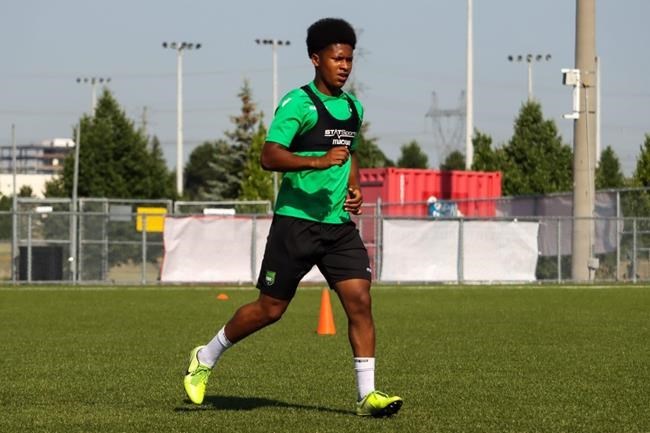 TORONTO — York 9 FC has parted ways with Peruvian forward Adrian Ugarizza, who had yet to play in a game with the CPL side after signing in February.

The Peruvian youth international came from Peru's Alianza Lima in a signing that York 9 managing consultant Angus McNab called "another important milestone" in assembling his 2020 roster.

But on Monday, the club said the 23-year-old's contract had been terminated by mutual agreement.

"We chatted to Adrian and his representatives and it became clear the best chance he had to take to the pitch in 2020 was back home in Peru," McNab said in a statement. "With the current COVID-19 situation a loan did not look attractive to clubs in Peru so the decision was made to release Adrian from his contract.

"There is a human side to this, and at his age he needs to play and we can't offer that right now."

Said Ugarizza: "It is a very strange situation right now and I thank the club for their compassion and allowing my release."

In other news, York 9 has signed U-Sports draft pick Isaiah Johnston to a pro contract with club options to the end of the 2022 season. Johnston, an 18-year-old midfielder from Milton, Ont., played at Cape Breton University, where he was named Atlantic University Sport rookie of the year last October.