TORONTO — Montreal lightweight John (The Bull) Makdessi is stepping in for the injured Claudio Puelles against (Super) Sage Northcutt at UFC 214.
0
Jun 20, 2017 3:48 PM By: Canadian Press 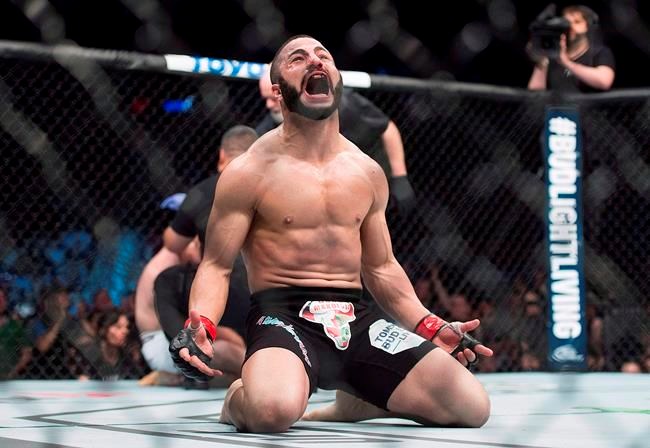 TORONTO — Montreal lightweight John (The Bull) Makdessi is stepping in for the injured Claudio Puelles against (Super) Sage Northcutt at UFC 214.

The pay-per-view card, headlined by the light-heavyweight title match between champion Daniel Cormier and former title-holder Jon (Bones) Jones, is set for July 29 in Anaheim.

Makdessi (14-6-0) is coming off a first-round loss to Lando Vannata in December at UFC 206. The 32-year-old from Montreal has a 7-6 record in the UFC but has lost four of his last six.

Northcutt (8-2-0) was just 19 when he signed with the UFC amidst considerable hype. He won his first two fights then was submitted by Bryan Barberena in January 2016. The 21-year-old Texan split his next two fights, losing to Mickey Gall last time out in December.