GRENOBLE, France — After winning at Skate Canada three weeks ago, Kaetlyn Osmond continued her fine form by taking the lead in the women's short at the Internationaux de France on Friday.
Nov 17, 2017 3:35 PM By: Canadian Press 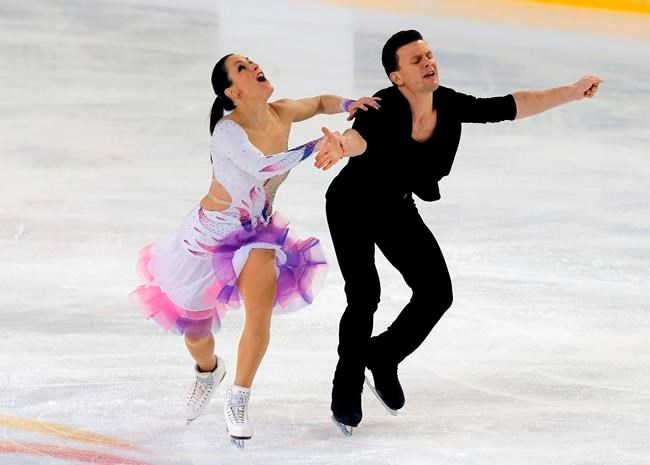 GRENOBLE, France — After winning at Skate Canada three weeks ago, Kaetlyn Osmond continued her fine form by taking the lead in the women's short at the Internationaux de France on Friday.

Russian Maria Sotskova, who was second behind Osmond three weeks ago in Regina, Saskatchewan, followed with 67.79. Japan's Yuna Shiraiwa scored 66.05 to place third.

This is the fifth of six Grand Prix series culminating in the ISU Grand Prix of Figure Skating Final in Nagoya, Japan, next month — the last competition featuring the world's top skaters before the Winter Olympics in Pyeongchang, South Korea.

The last Grand Prix event is Skate America at Lake Placid next week.

Meanwhile, two-time world champions Gabriella Papadakis and Guillaume Cizeron of France are on course to break their world record after a personal best in the ice dance short program.

Two weeks ago, they became the first ice dance team to break the 200 points with 200.43 to win the Cup of China.

Two-time world Madison Chock and Evan Bates of the United States followed them onto the ice with an upbeat Salsa, Rhumba, Samba program that drew warm applause from the French crowd at the Polesud rink in Grenoble.

Chock and Bates, who were second in Beijing, recorded a personal best short score of 73.55 to move into second place.

Alexandra Stepanova and Ivan Bukin of Russia are third but way behind the leaders on 70.02.