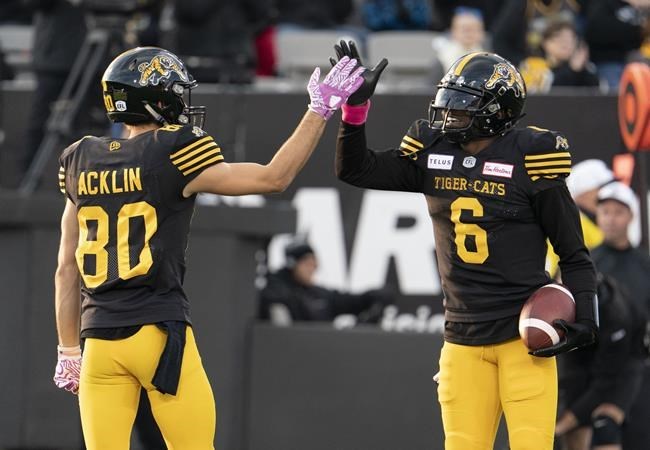 The six-foot-two, 215-pound Watford has appeared in 30 career CFL games with Hamilton and the Saskatchewan Roughriders (2018).

EDMONTON — The Edmonton Eskimos signed Canadian centre David Beard to a contract extension through the 2022 season.

Beard, an Edmonton native, was scheduled to become a free agent next month.

Beard has spent the last five seasons with the Eskimos, starting 42-of-71 career regular-season games with the CFL club.

The veteran defensive back signed a contract extension with the B.C. Lions through the 2021 season Wednesday. He was eligible to become a free agent Feb. 11.

Grymes appeared in 16 regular-season games with B.C. last year, registering 54 tackles and an interception. The five-foot-11, 186-pound Seattle native began his CFL career with the Edmonton Eskimos in 2013 and also spent time with the NFL's Philadelphia Eagles in 2016.

Grymes helped Edmonton win the Grey Cup in 2015 and was a CFL all-star that season.

Canadian Felix Auger-Aliassime reaches Open 13 men's tennis final
Feb 22, 2020 12:47 PM
Canada's Kingsbury finishes first in moguls for 62nd World Cup victory
Feb 22, 2020 1:35 AM
Comments
We welcome your feedback and encourage you to share your thoughts on this story. We ask that you be respectful of others and their points of view, refrain from personal attacks and stay on topic. To learn about our commenting policies and how we moderate, please read our Community Guidelines.