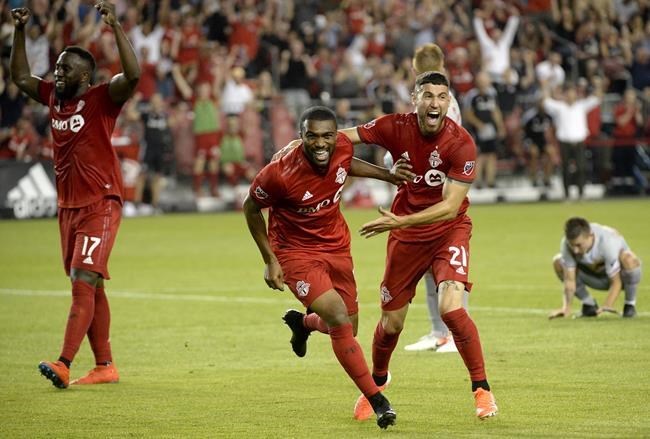 The 28-year-old Morgan, who earned US$133,500 last season, made his pro debut in 2010 in the CONCACAF Champions League against Panama's Arabe Unido.

In nine seasons in Toronto, Morgan appeared in 127 games (92 starts).

The Toronto native was the first graduate of the TFC academy to play for Canada and currently has 18 caps.

"Ashtone brings experience at left back and comes in to battle for a position so we can get the best out of that position," RSL coach Freddy Juarez said in a statement. "We think we have a very good left back in Donny (Toia), but bringing in Ashtone hopefully brings the best out of both of them.

"We expect him to come in and be a leader, incorporate himself into the group and add some quality to keep us going forward."

Morgan said he's happy to be in Utah.

"I have always admired the way the club plays and I would think to myself, RSL plays football the right way," he was quoted on the club website. "And now that I'm here, I'm honoured to wear the badge."

Veteran trainer Mark Casse preparing Belmont winner to race in Dubai
Feb 27, 2020 4:44 PM
Comments
We welcome your feedback and encourage you to share your thoughts on this story. We ask that you be respectful of others and their points of view, refrain from personal attacks and stay on topic. To learn about our commenting policies and how we moderate, please read our Community Guidelines.