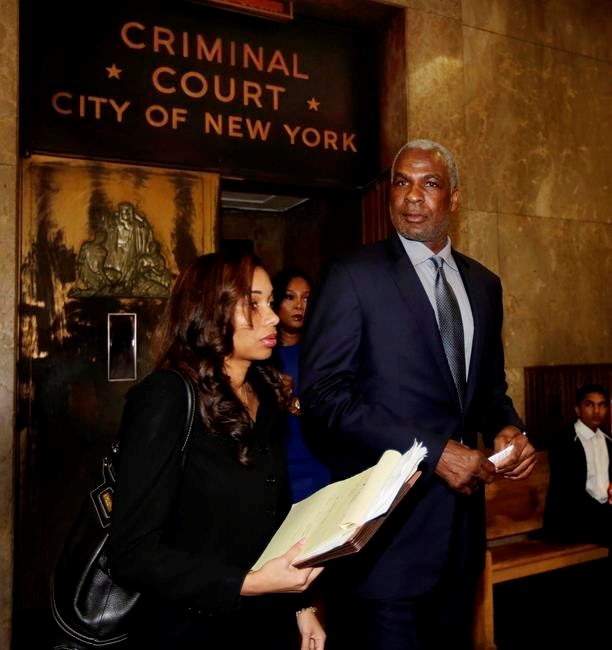 Oakley appeared briefly before a Manhattan judge on Friday. He rejected a conditional dismissal that would have left him with a clean record after six months of good .

Oakley became a fan when he played for the Knicks from 1988 to 1998. But he's had a falling out with the organization in recent years.

On Feb. 8, he sat a few rows from Knicks owner James Dolan at a game against the Los Angeles Clippers.

Security approached Oakley early in the game and a fracas ensued. Oakley was removed from the building and handcuffed.

Oakley, who spent three seasons with the Toronto Raptors, says he didn't do anything wrong.

Lions rookie linebacker Williams patiently waiting for 2020 CFL season
May 25, 2020 4:57 PM
All-time Argos selection Marv Luster passes away at the age of 82
May 25, 2020 3:58 PM
Comments
We welcome your feedback and encourage you to share your thoughts. We ask that you be respectful of others and their points of view, refrain from personal attacks and stay on topic. To learn about our commenting policies and how we moderate, please read our Community Guidelines.