NAKISKA, Alta. — It's too cold for penguins, but not for ski cross racer Kevin Drury. A cold front enveloping Alberta this week cancelled penguin walks at the Calgary Zoo, where tourists can witness the flightless birds waddling out and about.
0
Jan 17, 2020 6:36 PM By: Canadian Press 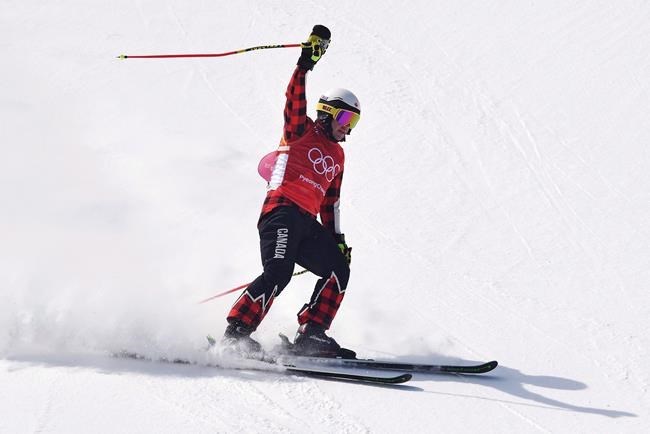 NAKISKA, Alta. — It's too cold for penguins, but not for ski cross racer Kevin Drury.

A cold front enveloping Alberta this week cancelled penguin walks at the Calgary Zoo, where tourists can witness the flightless birds waddling out and about.

So the prospect of icy racing at Nakiska Ski Resort west of Calgary bothered him not at all.

"I run hot and that's not an exaggeration," the 31-year-old told The Canadian Press.

"When it's really cold out, I actually don't wear socks in my boots. My feet are so hot they get sweaty and if I have a sock, it gets soaking wet and then it freezes. Just the foam of the boot creates kind of a sauna.

"I'm meant to be a winter athlete. Doesn't work so well in the summer, but good in the winter."

A dozen Canadians will race Saturday at Nakiska in the fifth of eight World Cup races this season.

2014 Olympic champion Marielle Thompson of Whistler, B.C., sits third among women behind leader Sandra Naesland of Sweden and No. 2 Fanny Smith of Switzerland.

In ski cross, an athlete races three competitors down a course of turns and jumps. The top two advance to the next round with the goal of reaching the four-skier final.

Saturday's races were seeded from individual timed runs held Friday in a windchill of minus-25 at Nakiska. The mercury is predicted to rise slightly Saturday to minus-20.

FIS, the world governing body of skiing and snowboarding, doesn't set a minimum temperature for races.

An onsite race jury ultimately decides whether it's safe for a race to proceed.

Downhill skiers in skintight suits travelling at speeds over 130 kilometres per hour feel the cold more during a race than ski cross racers, who compete in thicker clothes on shorter courses.

But the latter make multiple trips up the mountain as they advance through heats and elimination rounds.

Cooling off on the chair lift means expending energy to warm up again to race.

Canadian women's team racer Courtney Hoffos, who does not run hot like Drury, has a strategy to manage temperature fluctuations.

"It's a lot of hydration, a lot of snacks," said the 22-year-old from Invermere, B.C. "Really having your energy high.

"I feel like when everyone else is warm, I'm never. I'm always cold I feel like. I've got my heated socks on and set to six out of nine all day. Got my hot pockets in my hands. I am wearing as much as I possibly can."

The Canadian team raced in windchill closer to minus-30 in last weekend's national championship in Red Deer, Alta.

"Kevin and I switched gloves in the start area for a bit," Hoffos said. "I basically cooled down his gloves. He warmed mine up for me."

Drury won races in France, Switzerland and Italy in the first half of the season. Mahler, 24, collected his first career victory and placed second in another race.

"I would have said two years ago would have been a breakout season when I was third overall, but for sure definitely I'm next level of breakout," Drury said.

The top 16 made the cut in a smaller women's field, so their competition will start with quarterfinals.

The Canadian ski cross team wears stickers on their equipment in memory of teammate Mikayla Martin, who died in a mountain biking accident Oct. 1 in her hometown of Squamish, B.C.

This report by The Canadian Press was first published Jan. 17, 2020.

Kyle Okposo scores 2 in Sabres' 2-1 win over Winnipeg Jets
Feb 23, 2020 5:46 PM
Toronto Blue Jays erase 4-0 deficit, settle for tie against Minnesota Twins
Feb 23, 2020 4:23 PM
Comments
We welcome your feedback and encourage you to share your thoughts on this story. We ask that you be respectful of others and their points of view, refrain from personal attacks and stay on topic. To learn about our commenting policies and how we moderate, please read our Community Guidelines.