Defensive lineman Linden Gaydosh making yet another comeback with Roughriders 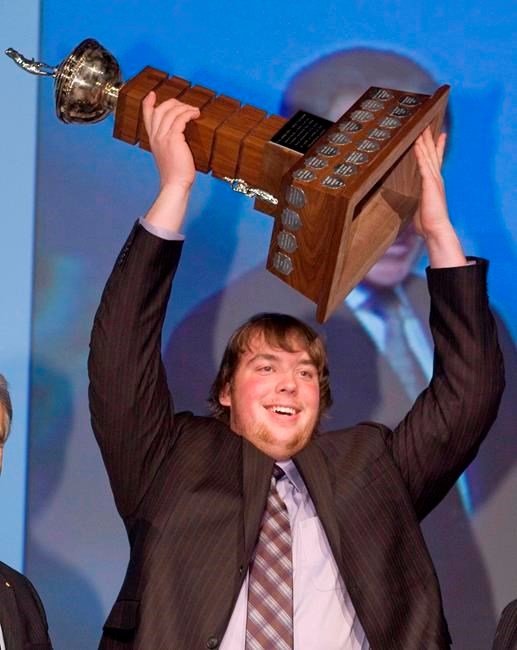 SASKATOON — Linden Gaydosh is making yet another football comeback.

The six-foot-three, 310-pound defensive tackle has battled injuries throughout his four-year pro football career. And while former NFL quarterback Vince Young has garnered plenty of attention at the Saskatchewan Roughriders' training camp, Gaydosh is also launching his own return to the field.

"At the end of the day, I want to end my career on my own terms."

Gaydosh, 26, was selected first overall in the 2013 CFL draft by the Hamilton Tiger-Cats following a stellar collegiate career at Calgary. Shortly afterwards, Gaydosh signed as a free agent with the NFL's Carolina Panthers but suffered a season-ending back injury in training camp.

Gaydosh joined the Ticats in 2014 after being released by Carolina and played in Hamilton's 20-16 Grey Cup loss to Calgary at B.C. Place. But he suffered a torn Achilles tendon during an off-season workout that cost him the 2015 season.

He rejoined the Ticats in 2016 but aggravated the back injury that had sidelined him in Carolina. Gaydosh was on the six-game injured list when Hamilton dealt him, American receiver Tommy Streeter and two '17 draft picks to Saskatchewan for Canadian defensive lineman Justin Capicciotti and American offensive lineman Xavier Fulton.

"(That injury) wasn't quite as severe so it didn't require surgery," Gaydosh said. "A cortisone shot managed to take out all the inflammation.

"I've been symptom-free for the last six months so I've been feeling healthy and feeling good."

But Gaydosh admits the mental strain created by continually having to overcome injury has prompted him to ponder retirement.

"Every time I've had a major injury that thought has crossed my mind," he said. "The first time the back happened, I thought I was done.

"I managed to rehab and come back and then the Achilles happened. Again, I thought I was done. I feel like I’ve been playing on a little bit of a fine line."

"We know what we've got in him," said Chris Jones, the Riders head coach/GM. "(Trade with Hamilton) was an opportunity to pick up a guy who did have a lot of experience in both leagues.

"He's maybe even serviceable on the offensive side of the football. He and Eddie Steele, their versatility and leadership, is kind of what you're looking for."

“It's great, I love it," he said. "The Riders traded for me, so they're someone who wanted me, who believed in me even while I was injured — and that spoke volumes to me.

"They valued me at that point and would take me, rehab me and build me back to what I was.

“I'm happy to be here, I love the opportunity that I've got and I'm just happy to be playing again."

Whitecaps 'keeper Maxime Crepeau dreaming about being back on the soccer pitch
May 25, 2020 3:20 PM

Lions rookie linebacker Williams patiently waiting for 2020 CFL season
May 25, 2020 1:35 PM
Comments
We welcome your feedback and encourage you to share your thoughts. We ask that you be respectful of others and their points of view, refrain from personal attacks and stay on topic. To learn about our commenting policies and how we moderate, please read our Community Guidelines.