REGINA — The family of one of the players killed in the Humboldt Broncos bus crash wants the Saskatchewan government to improve safety at highway intersections and to make the work a priority.
Apr 26, 2018 9:14 PM By: Canadian Press 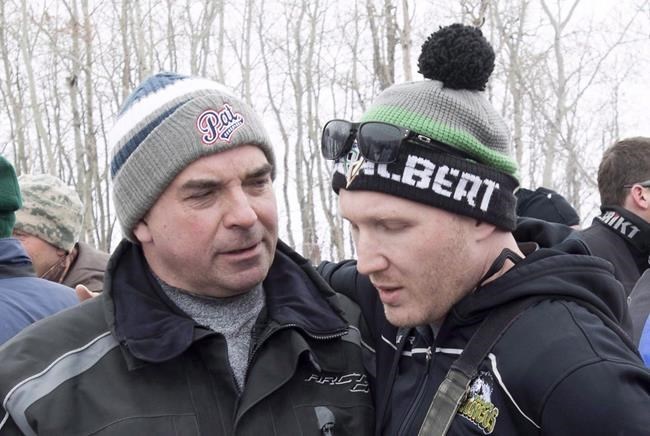 REGINA — The family of one of the players killed in the Humboldt Broncos bus crash wants the Saskatchewan government to improve safety at highway intersections and to make the work a priority.

Sixteen people have died and 13 others were injured on April 6 when the hockey team’s bus and a semi-truck collided at an intersection north of Tisdale.

Adam Herold, who was 16, was the youngest person killed in the crash.

"PremierScottMoe please consider fixing all the dangerous intersections in the province over patching holes, make that a priority," Herold wrote.

"Intersections such as the one involving the Humboldt bus would never exist on the Trans-Canada so why do they exist in the rest of Sask. Reconsider."

The RCMP is investigating the cause of the crash and is expected to make safety recommendations once the work is complete.

Moe said his government is awaiting those findings.

"We will look at the recommendations that come from either the RCMP or the Ministry of Highways and they are looking very closely at this accident,” Moe said.

"If those recommendations come, I think it’s fair to say that the government will consider them swiftly under the circumstances."

"There is no question we need to seriously look at that accident and find out if there is any way that the design of the intersection could be different to prevent further accidents and look across the province in terms of policy," Meili said.

Herold is also questioning why trees are allowed to encroach on what appears to be the highway right-of-way at the intersection where the crash occurred.

The trees may eventually be cut back, but the province says that is part of the evidence in the investigation. (CTV Regina)