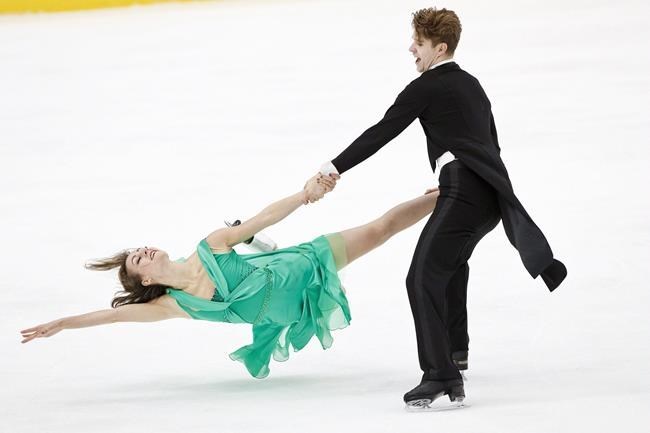 The event was the sixth stop on the ISU Challenger Series circuit.

Two-time world champions Gabriella Papadakis and Guilaume Cizeron of France won the gold at 188.25, Alexandra Stepanova and Ivan Bukin of Russia were second at 166.88 and Laurence Fournier-Beaudry and Nikolay Sorensen of Denmark were third at 158.21.

Soucisse and Firus were also fourth after the short dance and totalled 154.60 points. The result was one placing higher than at the season-opening Challenger Series event last month in Salt Lake City.

''For the short dance we were pretty solid and happy about the scores,'' said Soucisse. ''In the free dance we had a couple of stumbles but at the end of the day we were pleased with what we accomplished.''

The pair felt they improved since Salt Lake City.

''We focused more on good levels and just skating bigger,'' said Firus. ''We showed a lot of good energy as well which is really awesome.''

In women's competition, Maria Sotskova of Russia won the gold medal with 205.30 points. Carolina Kostner of Italy was second at 193.76 and Elizaveta Tuktamysheva of Russia third at 189.13.

Gabrielle Daleman of Newmarket, Ont., the world championship bronze medallist, placed sixth at 174.83. She was fifth after the short program and produced the seventh best free skate.

Daleman opened with a triple-triple combination and also landed a triple-double-double and double Axel. Two falls near the end hurt her overall result.

''It wasn't my best but overall definitely a step in the right direction,'' said Daleman. ''Both programs this year are much harder skating-skill wise. There's more choreography and difficulty. There was a lot of good stuff but also a lot I need to go home and work on.''