Kevin Pangos is on the move to Russia after Barcelona chose not to re-sign the Canadian guard. The 27-year-old from Holland Landing, Ont., signed with Zenit Saint-Petersburg, the Russian club announced Monday.
Jul 6, 2020 11:49 AM By: Canadian Press 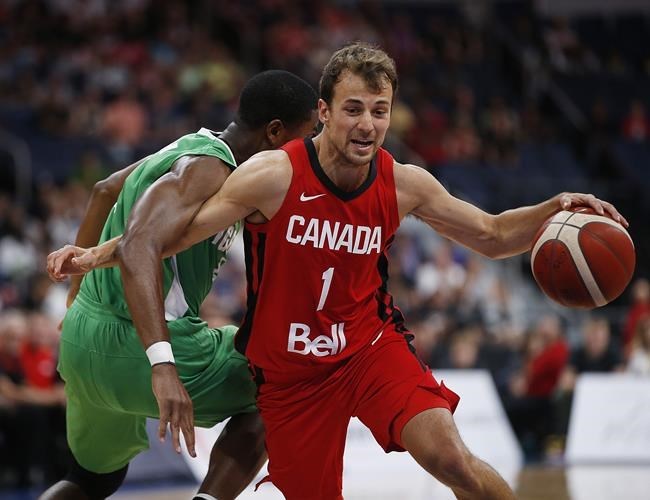 Kevin Pangos is on the move to Russia after Barcelona chose not to re-sign the Canadian guard.

"I look forward to playing under the leadership of such a great coach as Xavi Pascual," Pangos said in a release. "I have heard a lot about the club and the great city. I can't wait for the moment to come and begin preparations for the successful season. My family and I can't wait to arrive at Saint-Petersburg."

Pangos was sidelined for most of FC Barcelona's 2019-20 season with a foot injury and was close to returning when the league was shut down due to COVID-19. Barcelona signed Pangos in 2018, but the 18-time Spanish League champions announced Sunday they'd parted ways with the Canadian after his two-year contract ended.

"We had an unbelievable 2 years here, full of great memories with incredible people," Pangos wrote. "This season obviously hadn't gone the way I pictured & I wish I could have had the chance to compete for the club & with this great group of guys. Barcelona will always hold a special place in our hearts. Thank you for all of the support through everything these past 2 seasons! #ForcaBarca"

Pangos, who played for Canada in last summer's World Cup in China, was living in Barcelona with his wife Kate and his daughter Olivia. The young family opted to stay in Spain to weather the coronavirus storm rather than return to Canada, despite strict lockdown protocols there.

"At 27, he has already gained extensive EuroLeague experience."

Zenit is Pangos's fourth European premier team. He played 35 games with Barca, winning a Copa del Rey and ACB Trophy in 2019. Before Barcelona, he played 66 games with Zalgiris Kaunas of Lithuania and 19 with Gran Canaria of Spain.