The five men who met on Nov. 26, 1917 to form the National Hockey League could not have dreamed of the 31-team, multi-billion-dollar enterprise it would become a century later.
Nov 17, 2017 12:03 PM By: Canadian Press 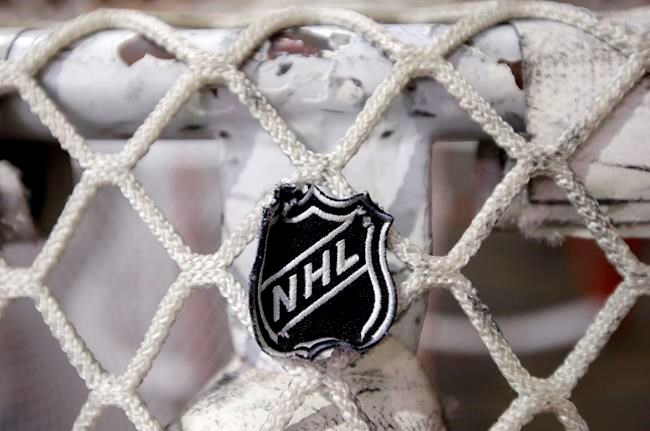 The five men who met on Nov. 26, 1917 to form the National Hockey League could not have dreamed of the 31-team, multi-billion-dollar enterprise it would become a century later.

That day the owners of the Montreal Canadiens, Montreal Wanderers, Ottawa Senators and Quebec Bulldogs, along with league president-to-be Frank Calder, drew up a document at the posh Windsor Hotel in Montreal that established the NHL out of the ruins of the strife-torn National Hockey Association, which had been founded in 1909.

World War I was raging and most of the best young players were serving in Europe. Professional hockey had not yet eclipsed the amateur game in popularity. Top players earned about $900 per season.

The owners had met twice earlier in the month and announced they would suspend play due to scarcity of top-level players, although it turned out the real plan was to form a new league that did not include Eddie Livingstone, the combative owner of the Toronto Blueshirts who had repeatedly been in disputes, even lawsuits, with other clubs over rights to players or arena leases.

Elmer Ferguson, sports editor of the defunct Montreal Herald, was the only journalist at the Windsor that day. When it ended, he asked Calder what had happened and was told "nothing much."

But Canadiens owner George Kennedy told Ferguson the new league was "like our old league except that we haven't invited Eddie Livingstone to be part of it."

Livingstone filed for an injunction and tried unsuccessfully to start another league, but it was hardly smooth sailing for the NHL in its early days.

Before the season started, Quebec announced it didn't have the resources to begin play until the following season, so its players were divided up among the other clubs. Toronto took the Bulldogs' place under a more co-operative owner, Charles Querrie.

It was to be the only victory for the team founded in 1903 out of clubs that stretched back to 1884. After only four games, the Westmount Arena that housed the Wanderers and the Canadiens burned to the ground, destroying all their equipment.

The Canadiens were able to replace their lost gear and moved into the 3,200-seat Jubilee Rink, but the Wanderers folded, leaving only three teams. The Canadiens had won their opener, officially the first NHL game because it started 15 minutes earlier, on five goals from Joe Malone, who had been picked up from the Bulldogs.

It took less than a month for the first rule change, which allowed goalies to drop to the ice to make saves where they previously had to remain upright. The new rule was inspired by Ottawa's Clint Benedict, a master at "accidentally" losing his footing when shots were being taken.

The game was different in many ways that season. There were no forward passes or lines on the ice. Minor penalties lasted three minutes instead of two. Goaltenders served their own penalties, leaving skaters to guard the net.

And the Stanley Cup was not NHL property. Toronto got the O'Brien Cup for taking the first league championship, then had to win a five-game series against the champions of the rival Pacific Coast league, the Vancouver Millionaires, to claim the Stanley Cup. It did not become an exclusive NHL trophy until 1926-27.

By then, a rapidly growing NHL had reduced the Pacific Coast and Western leagues to insignificance. While Quebec City had rejoined the league, moved to Hamilton, and then folded, the NHL was booming in the United States.

Boston joined in 1924, the same year the Forum was built to house the Canadiens and the new Montreal Maroons. The New York Americans joined in 1925-26 along with the Pittsburgh Pirates.

Teams in Chicago and Detroit soon followed. In Toronto, Conn Smythe bought a team called the St. Pats and renamed them the Maple Leafs.

In New York, promoter Tex Rickard was angling for a franchise and the local joke was they would be Tex's Rangers. Rickard liked the name and the New York Rangers were born. His coach and general manager was Lester Patrick, who brought stars Bill and Bun Cook from the Pacific Coast league.

But the Great Depression was too much for some clubs and after 1941-42, when the Americans folded, the league was down to what came to be called the Original Six, even though the 1930s had brought major rule changes to speed up play and boost offence, including forward passing across lines, icing, penalty shots and flooding the ice between periods.

Then came an extended period of stability, marked by the rise of powerhouse teams in Detroit, Montreal, Toronto and then Montreal again. Massive stars emerged like Maurice (Rocket) Richard, Jean Beliveau and Gordie Howe.

Since 1917, when teams were valued in five figures, the NHL has become a business with an estimated US$4.5 billion in revenues in 2016-17 and three teams — the Rangers, Leafs and Canadiens — worth more than $1 billion.

Where players were once almost exclusively Canadian, now there are nearly as many Americans and many others from Europe.

And there will likely be at least one more team coming soon.

As Ottawa boss Tommy Gorman said on that day in 1917: "Now we can get down to the business of making money."