Canada's Denis Shapovalov falls in first round of Monte-Carlo Masters 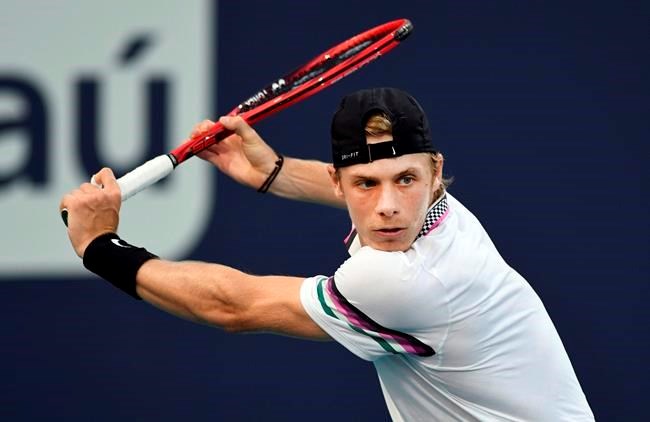 MONTE CARLO — Canada's Denis Shapovalov has made an early exit at the Monte-Carlo Masters.

Struff, ranked 44th in the world, now has wins over the top two Canadians this year — Milos Raonic and Shapovalov.

Struff, 28, won 72 per cent of his points on first serve, 10 per cent better than Shapovalov.

Shapovalov, who turned 20 on Monday, was coming off a run to the semifinals at the Miami Open, the last ATP Masters 1000 event.

Montreal's Felix Auger-Aliassime, a wild card, is expected to be play his first-round match against Argentine qualifier Juan Ignacio Londero on Tuesday.

Like Shapovalov, the 18-year-old Auger-Aliassime made it to the semis in Miami.

Shapovalov and Auger-Aliassime also are scheduled to play doubles together in Monte Carlo.

Archibald, Draisaitl lift Oilers over Hurricanes 4-3
Feb 16, 2020 7:29 PM
Comments
We welcome your feedback and encourage you to share your thoughts on this story. We ask that you be respectful of others and their points of view, refrain from personal attacks and stay on topic. To learn about our commenting policies and how we moderate, please read our Community Guidelines.